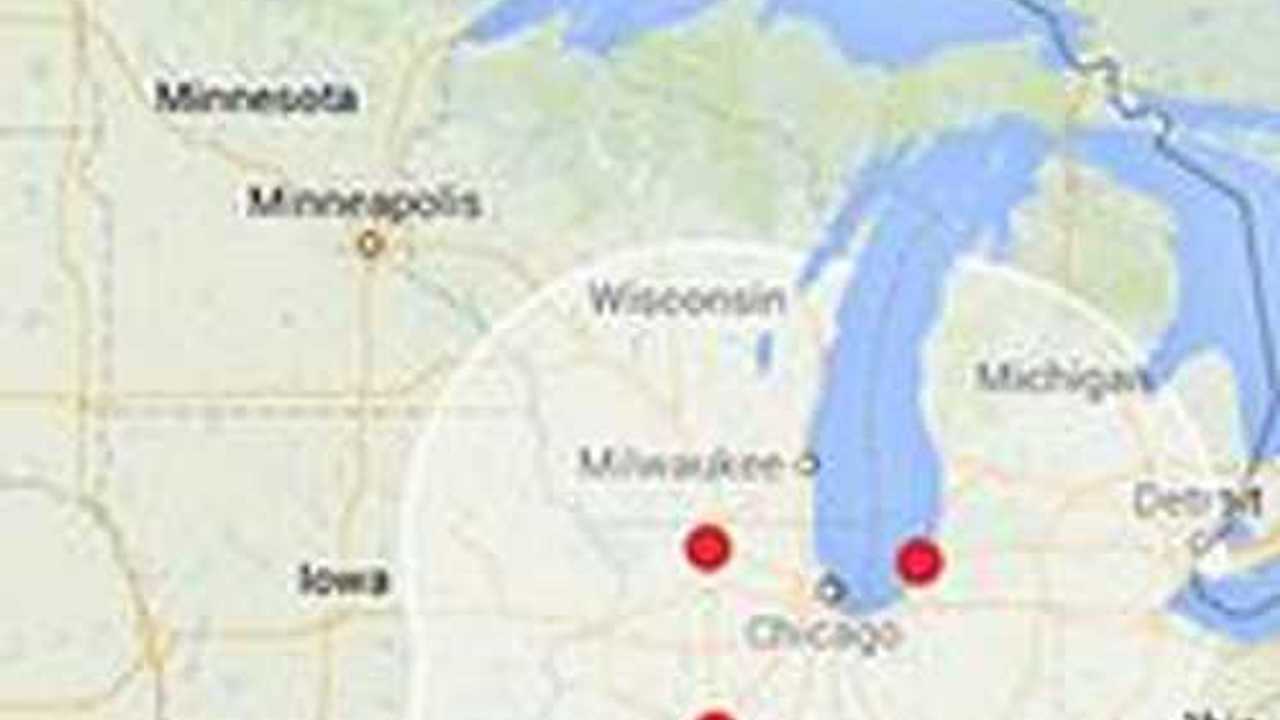 As a Michigander myself, I must say it's been a long time coming for Tesla's first Supercharger to open in the Great Lake State.

Our day has come though as Tesla Motors officially flipped the switch on Michigan's first Supercharger.

Located in Saint Joseph, Michigan, the site features 8 charging stalls and is just minutes away from the picturesque shores of Lake Michigan.

Saint Joseph has a population of approximately 8,000, though it's located near several larger Michigan cities, including Grand Rapids, Kalamazoo and is reasonably close to South Bend, Indiana and Chicago, Illinois.

Michigan is slated to get 3 more Superchargers by "Fall 2013" according to Tesla's site.  2 of those stations will likely be much closer to the Detroit Metro area.  Detroit itself isn't listed to ever get its own Supercharger, though a few dots appear within 50 or so miles of Detroit on Tesla's Supercharger map by "Winter 2013."