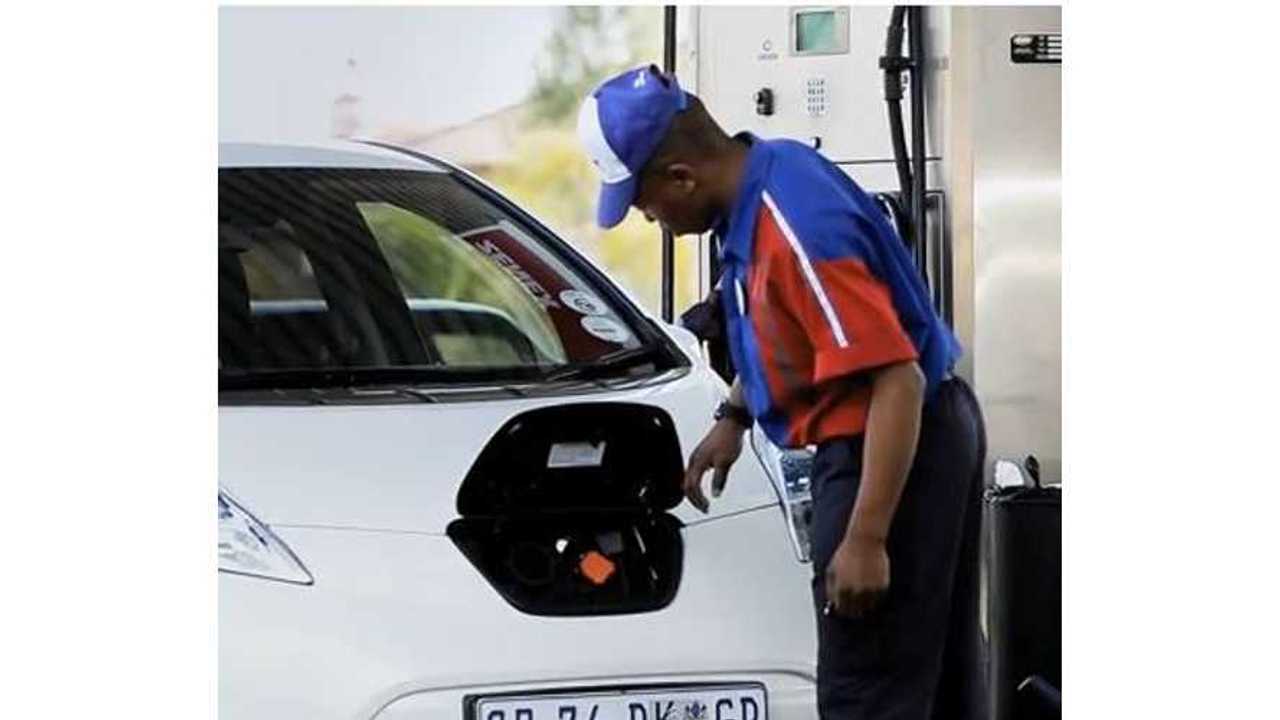 Fueling This Vehicle is Quite the Challenge Without a Plug

“After initially announcing that the Nissan LEAF would grace South African roads at the 2011 Johannesburg International Motor Show, we are now even more excited to be able to bring full EV mobility to the South African public with a holistic approach.  This award-winning car will set a new tone for personal mobility in the country and we are honoured that Nissan is the first name on the list of EV manufacturers in South Africa.”

Just for shits and giggles, that first LEAF, which is actually South Africa's first-ever production electric vehicle, was driven to an area gas station for a fill up.

As you're probably already thinking, fueling the LEAF from a gas pump presented quite the challenge.

Watch as a few unknowing gas station attendants attempt to gas up the nation's first LEAF.