Tesla Motors was the only US automaker to appear at the 2013 Tokyo Motor Show.

Why was Tesla there?  It's simple to answer that question.  Tesla Motors was there to let Japanese buyers know that it's now accepting orders/reservations for the Model S and upcoming Model X.

It's not yet known precisely when Tesla will deliver the ordered Model S sedans to Japan, but we suspect it'll be around the same time deliveries commence in China, which is listed as early 2014. 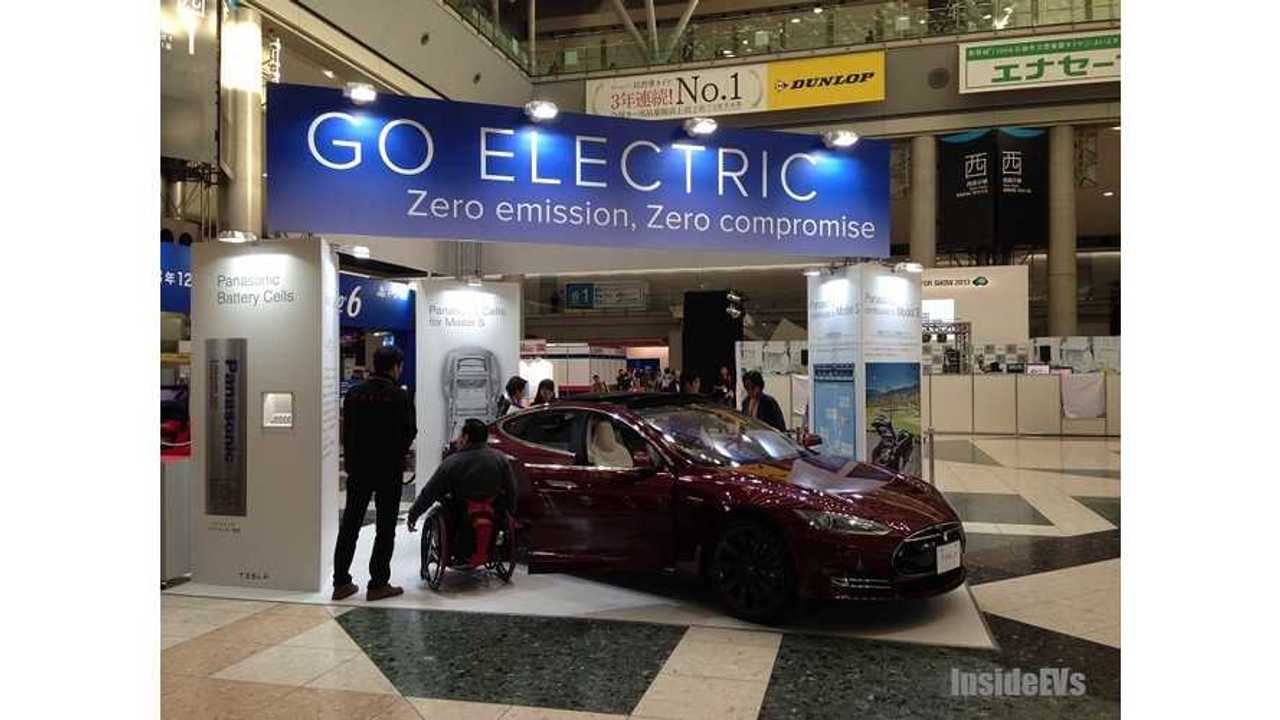 There's a Reason Why Tesla Attended the 2013 Tokyo Motor Show