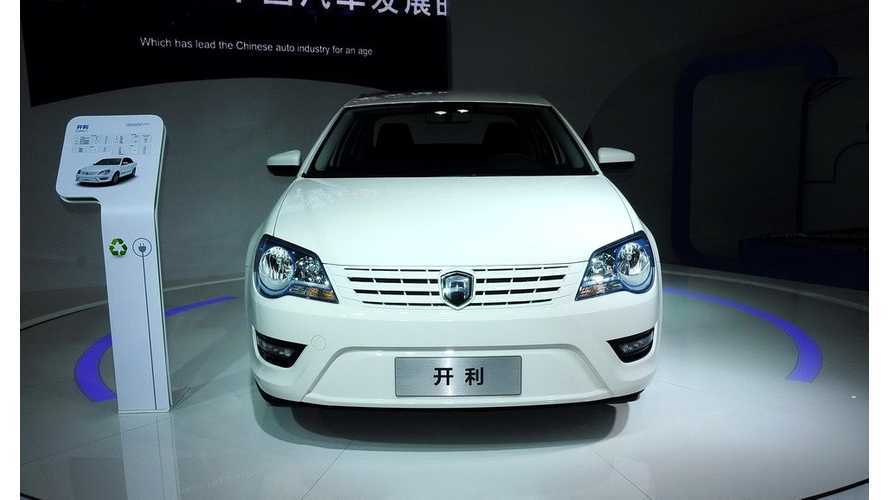 According to China Auto Web, Volkswagen and its partner FAW unveiled—at the China National Convention Center in Beijing—a new electric vehicle and brand called Carely ("Kaili" in Chinese). This vehicle seen here is based on VW's Bora compact sedan.

"As for the Carely logo, he explained it as an "A" formed by two "Fs," representing "First," "Forward," and also the two partners: FAW and Volkswagen. The "A" symbolizes "Auto" and a new beginning."

For now, several Carely EVs are being tested in Foshan, Guangdong—where FAW-VW set up an EV research center—and in Changchun, Jilin—where the joint venture is based.

There is no information at this time on a production date for this electric.

But we do have specifications for the first Carely EV, which has range of just 110 km on the NEDC cycle (about half of the Nissan LEAF or Renault ZOE), despite its decently sized 23 kWh battery pack. Sound inefficient?