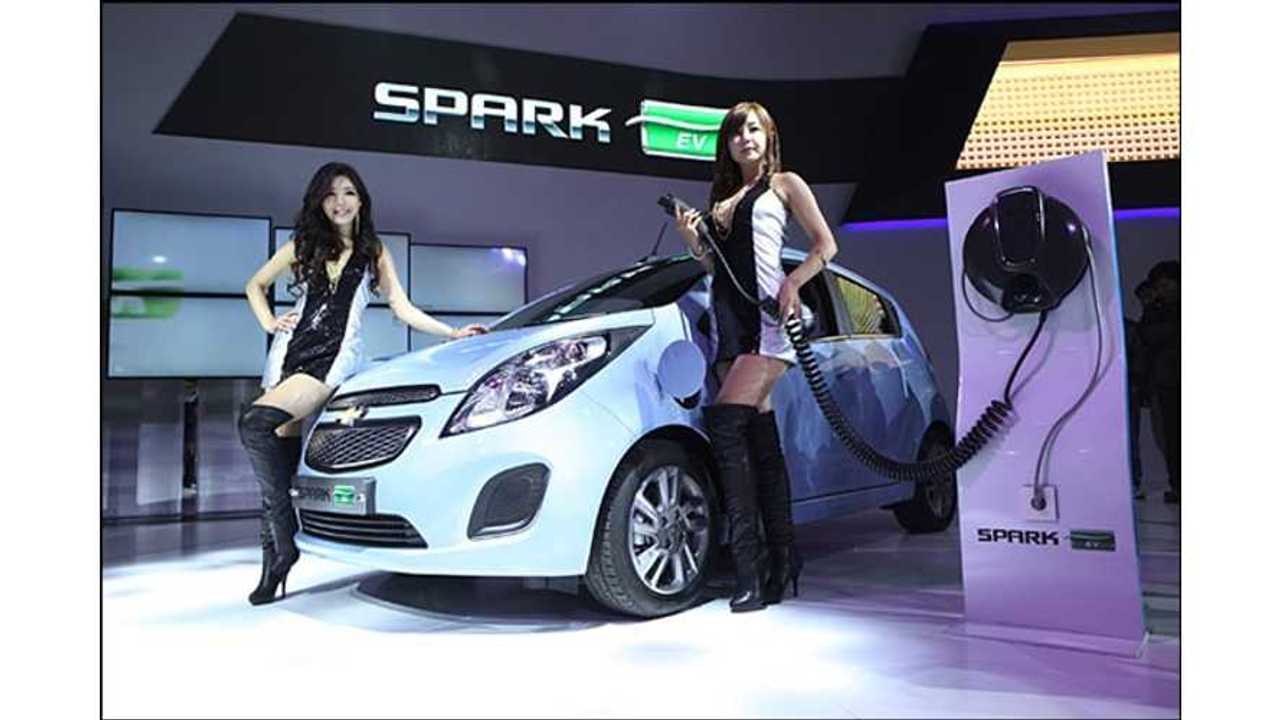 It's long been known that General Motor's intention with the Chevy Spark EV wasn't to sell it globally; but it seems some of the regions around the world that it was promised (or assumed to arrive) have fallen off as well.

The 82 mile electric car from GM now looks to be more and more strictly a compliance EV, as some would say.

In the US, the Spark EV is still only available in 2 states (California and Oregon).  And while it was thought the Spark EV might go nationally in the US, InsideEVs spoke to a GM representative recently and learned the company as "no plans" to expand the roll-out right now.

As of the end of September, US sales of the Spark EV totaled 310 units.

In Canada, the Spark EV has always been and, will likely forever remain, a fleet-only offering.

In South Korea, the Spark EV hit showrooms for retail sales this month with a starting price of 39.9 million won ($37,586 US), which might sound high until you consider that South Korea offers 15 million won ($14,100 US) in subsidies towards the purchase of electric vehicles.  So you're looking at an out-the-door price of approximately $23,400 US.  Not too bad.

Now comes word that General Motors is backing down from its initial plan to offer the Spark EV in Europe, according to Green Car Reports.

So, no Spark EV in Europe, at least not in the near future.

Spark EV Helps You "Find New Roads" and Save Lots of Cash - Provided You Live Where It's Actually Sold...Which Apparently Won't be in a Lot of Places

This runs counter to what GM had stated previously.  It's long been expected that the Spark EV would launch in Europe in 2014.  Quoting a portion of a 9-month-old press release from General Motors' European division:

"The car will be sold in select European markets as of 2014."

"The Chevrolet Spark EV is anticipated to set a benchmark in performance for an urban city electric car and is powered by the most advanced electric motor and battery system General Motors has ever built."

It was way back then too when Susan Docherty, President and Managing Director of Chevrolet and Cadillac Europe, stated:

“The Spark EV is a fun-to-drive zero-emission city car with intelligent connectivity. We believe it will resonate particularly well in some of Europe’s most technologically advanced markets.  Just like Volt, this nimble battery-powered vehicle is a proof point for Chevrolet’s ingenuity in delivering smart mobility solutions.”

We can toss all that Europe intel out the door now, as Randy Fox of GM Communications, told Green Car Reports:

"We have decided to defer the launch of the Spark EV in Europe."

"The market for pure EVs is still in its infancy and volumes are rather low."

"We will carefully observe how the market develops over time, and react accordingly."

So, if you reside in Europe and were eagerly awaiting the launch of the Chevy Spark EV, then your wait could end up being for all of eternity.