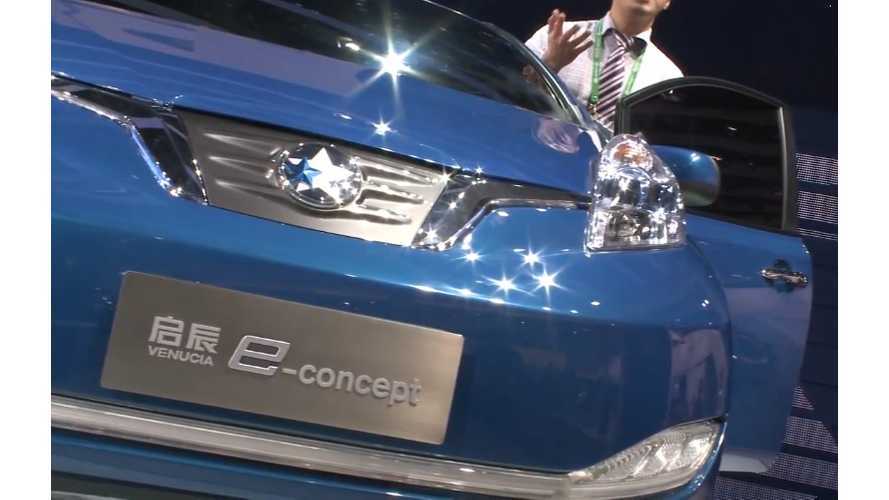 It was not so long ago that it was a announced a version of the Nissan LEAF would be made available in China by Nissan's joint venture with the Dongfeng Motor Group.  Well, actually was awhile ago, almost a year and a half - the wheels move slow when in comes to new electric vehicle production it seems.

More recently it was announced that production would be started in early 2015 under the brand name Venucia.

Now according to the China Car Times, this Chinese-made LEAF has a new name as well - the "Morning Wind."

This news was made available this week at the only auto show we didn't make it to this month - the Guangzhou Auto Show, which ran simultaneously to both the Tokyo Motor Show and the Los Angeles Auto Show.

Fortunately, Nissan/Donfeng has decided that LEAF's Chinese name is really not all that great for their English speaking customers, so a more western "e30" has also been bequeathed to the electric car that has the same range, but far less standard features, than the LEAF.