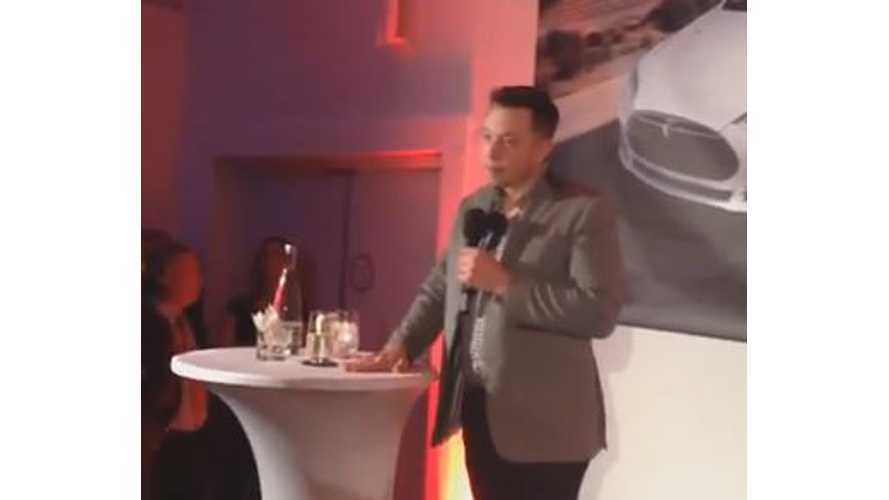 With the Tesla Model S a huge success and the launch of the Model X almost upon us, all talk now is Gen III.

Gen III (aka Tesla Model E) was again the center of discussion when Elon Musk spoke to a gathered crowd in Germany.

Musk revealed a few Model E specifics that had not been discussed previously:

Most of the rest of the Model E-specific comments made by Musk are rehashes of what we've heard from either him or Tesla before.

The Model E discussion starts at around the 2-minute mark in the video.