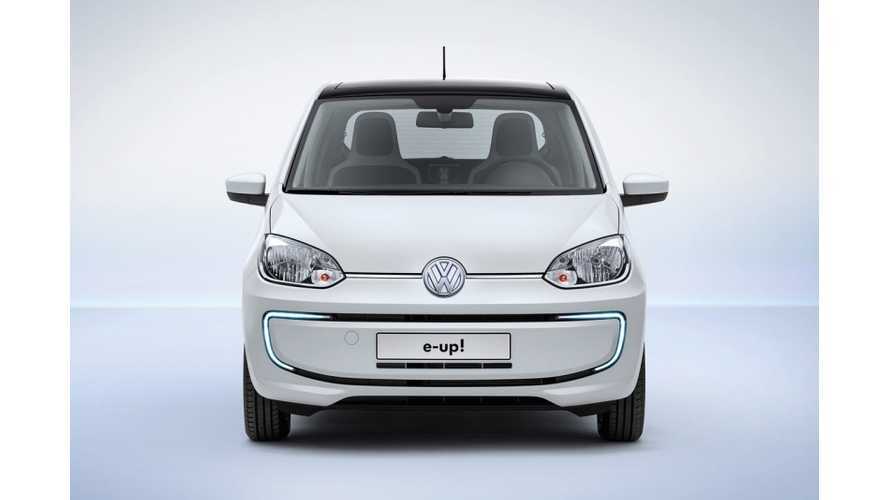 If German automaker Volkswagen gets seriously into plug-in vehicles, than perhaps Germany can get back on track to perhaps reaching its goal of 1 million plug ins on its roads by 2020.

If VW takes a lukewarm approach, then there's no chance Germany will hit that mark.

As Germany largest automaker, VW has a lot of sway in its homeland, but is Volkswagen really jumping on the electric vehicle bandwagon?

"We will make our contribution toward this goal."

We applaud VW for this...we certainly do.

Here's how VW will contribute, according to Bloomberg:

"The CEO reiterated Wolfsburg, Germany-based Volkswagen’s plan to offer as many as 40 electric or hybrid models in the event that demand for low-emission cars takes off. The manufacturer will produce 14 vehicles with alternative drive through next year after introducing electric versions of the Golf hatchback and Up! city car at the Frankfurt auto show last month. Volkswagen also showed new plug-in hybrid versions of the Porsche brand’s Panamera four-door coupe and Audi’s A3 compact."

Winterkorn believes that plug-in hybrid will make the biggest splash in the next 7 years and that's why the automaker will focus most of its efforts on that type of vehicle.  Pure electrics aren't being overlooked though.  VW has both the e-Up! and e-Golf BEVs in the production cycle now, both of which are expected to be high-production vehicles.

What VW says it won't do is manufacturer so-called compliance EVs to meet regulatory requirements.  Volkswagen only wants to build plug ins that can be sold in high volumes at the global level.

Furthermore, VW says the e-Up! is “deliberately positioned” against the i3.  Performance-wise, the i3 smoke the e-Up! in every measure, but as we've seen here in the US, it's usually price that matters most.

And just so you know our take on the i3 versus e-Up! sales, we wouldn't be at all surprised if the significantly cheaper e-Up! outsells the i3 in Europe.