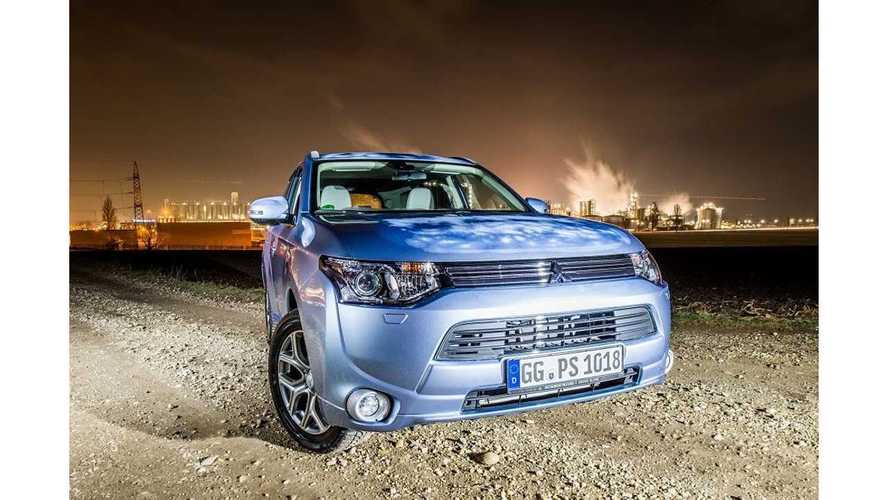 Mitsubishi has elected to launch its Outlander PHEV in the UK a year or so ahead of its planned US launch.

Recently, Mitsubishi stated this in regards to the 2015 US launch of the Outlander PHEV:

“The reason for this vehicle being introduced in 2015 rather than in 2014 is because we have received overwhelming demand from Japan and Europe and the battery supply unfortunately cannot keep up with the demand.”

Mitsubishi then followed that up with this comment sent directly to us at InsideEVs:

Of note, the Outlander PHEV is available in select Europeans countries, though the UK is not on that select list.  Next March, the UK will see the arrival of its first Outlander PHEVs.

Mitsubishi has not yet committed to a figure for the amount of Outlander PHEV it will send to the UK, though we suspect it will be quite low due to the UK's lack of love for plug-ins.

On a side note, Mitsubishi released UK-specific figures for the Outlander PHEV.  We've listed those specs below: