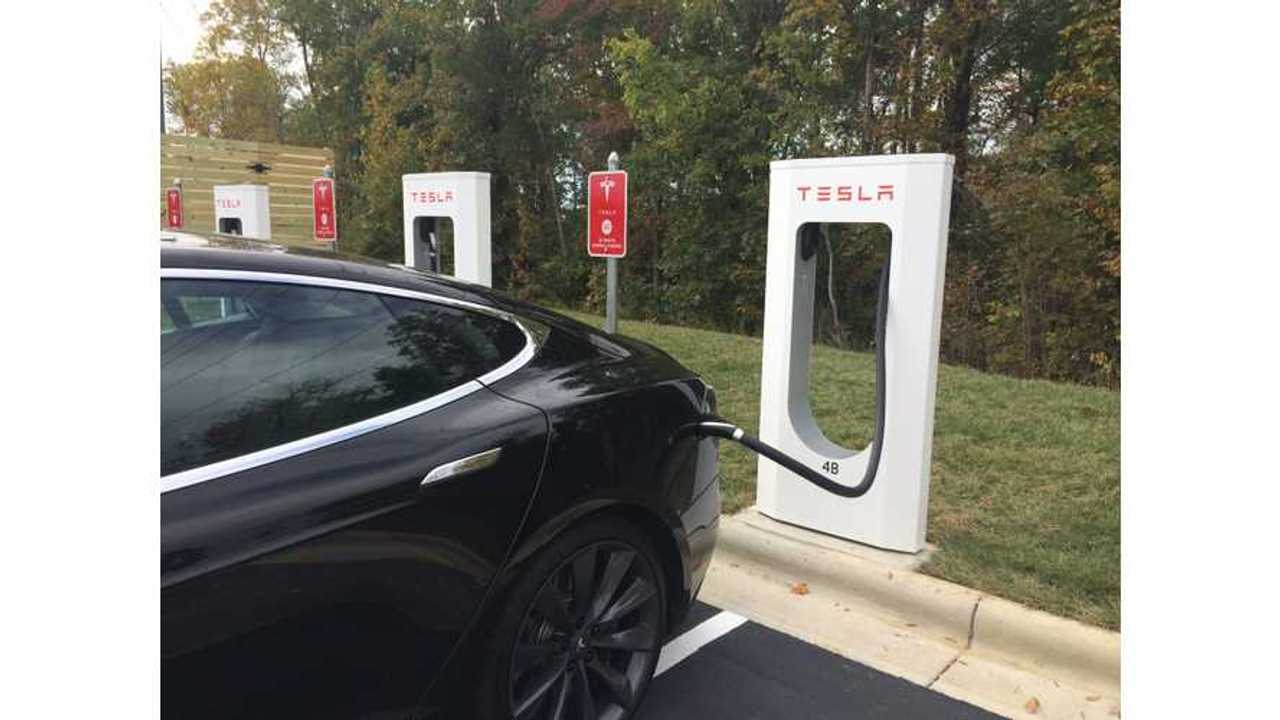 "The first Supercharging station in North Carolina is open!"

"Stop by Burlington, NC to charge up, or just check it out!"

Says Tesla Motors via its Facebook page.  One more station for the company to add to their pretty fantastic interactive Supercharger dashboard.

This latest Supercharger station brings Tesla's running tally to 27 in the US, though if you count the Milford and Darien, Connecticut stations as they should be counted (each site contains a Northbound and Southbound Supercharger for a total of 4, not 2 as Tesla says) then you'll see that there actually exists 29 operational Supercharger sites in the US right now.

Below are the specific details for the North Carolina Supercharger: