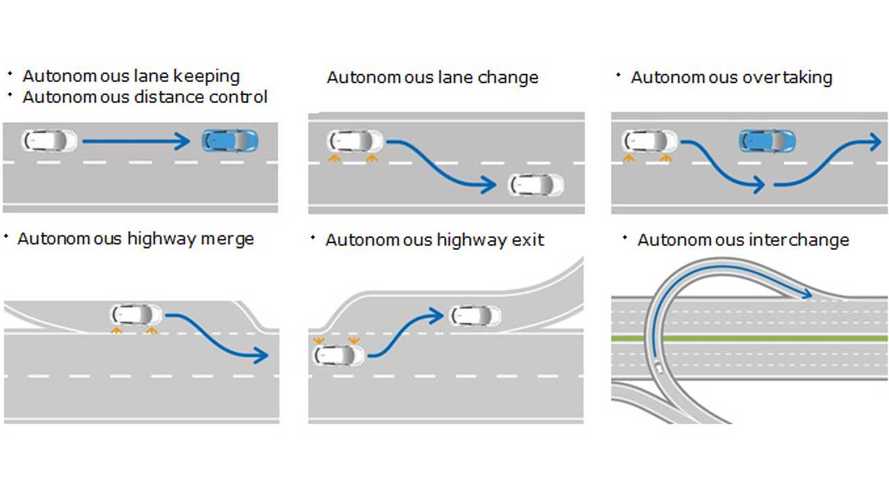 Nissan announced that it recently carried out the first public road test of Autonomous Drive on a Japanese highway.

The event took place at the Sagami Expressway in Kanagawa prefecture, southwest of Tokyo - near the "Sagami Robot Industry Special Zone."

Passengers of Autonomous LEAF at first were Nissan Vice Chairman Toshiyuki Shiga and the prefecture’s Governor, Yuji Kuroiwa, and then journalists got on board.

“Nissan seeks a safer, more comfortable and environmentally-friendly mobile future. Through these tests on an expressway, we hope to further advance our technological development, with the goal of soon implementing Autonomous Drive vehicles. When starting a new project, serious effort is required to gain an understanding of all the variables involved. We were able to conduct this important testing on the Sagami Expressway thanks to the strong support from Kanagawa Prefecture.”

The Nissan LEAF that was used in the public road tests is the first autonomous vehicle granted a license plate in Japan.  The granting of the license happened in September.

"Nissan’s prototypes are equipped with Autonomous Drive technology that detects road conditions and automatically operates the car’s main controls, including steering, braking and acceleration. The vehicles can operate in full automatic mode on the expressway, merge into traffic, change lanes and maintain a safe distance from other vehicles."