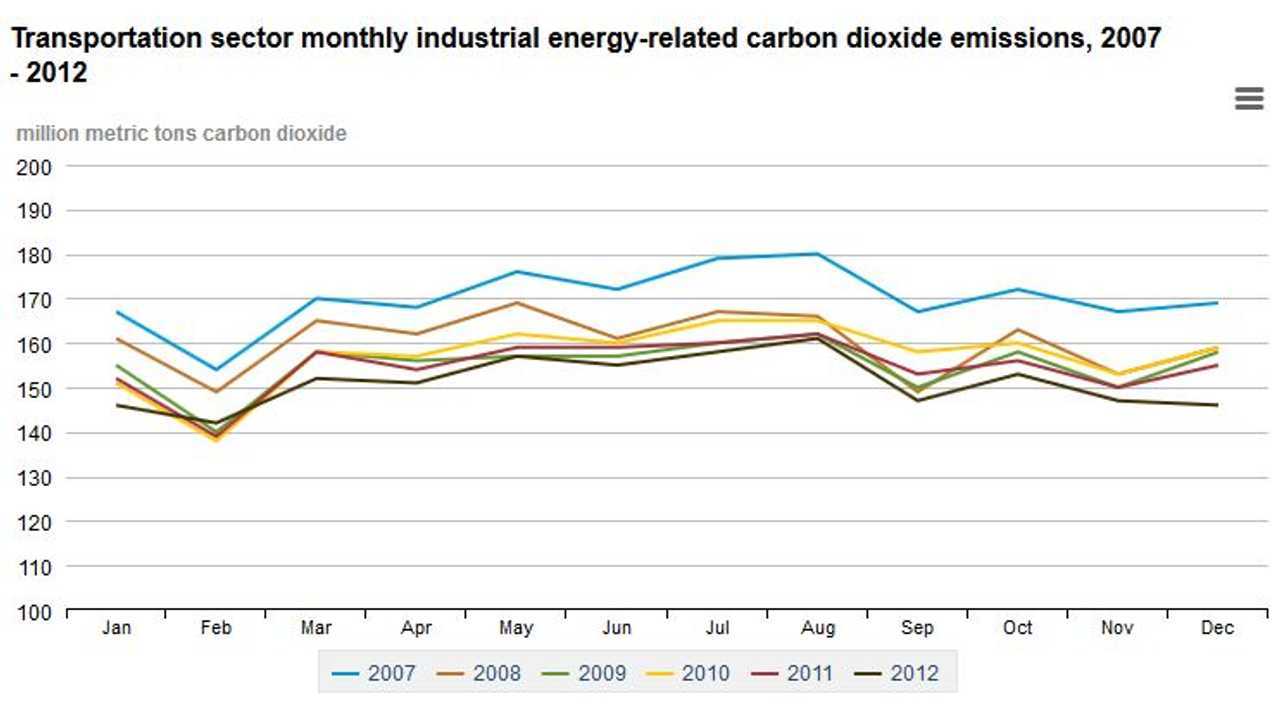 According to the US Energy Information Administration (EIA), energy-related CO2 emissions in the US dropped to the lowest level since 1994 and are down 12% from the recent 2007 peak.

Use of Coal is Diminishing

That's overall energy-related CO2 emissions.  What if we examine energy consumption with a focus on the transportation sector?

Outside of the residential sector, transportation saw the biggest decline in energy use.  Going from 2011 to 2012, the transportation sector saw a 22% drop in energy consumption.  This drop comes despite the fact that vehicle miles per day were the same (8,072,000,000 per day) for 2011 and 2012.  So, we're not driving less, but more efficient vehicles and plug ins are reducing energy consumption in the transport sector.

Remarkably, both emissions and consumption are down in recent years.  In fact, the trend shows that a decline occurred in 5 out of the last 7 years.  That's a trend we'd like to see continue.