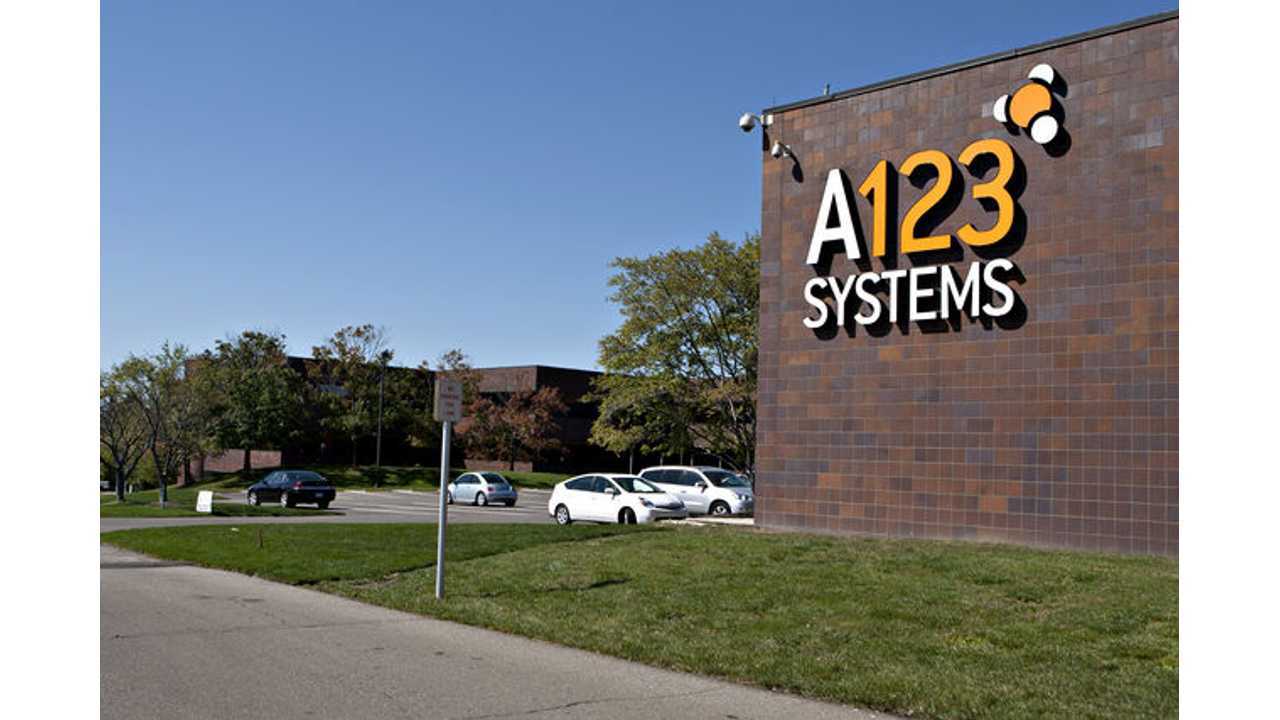 A123 Venture Technologies has agreed to team up with startup Solid Energy.

SolidEnergy claims that its solid electrolyte technology (developed by MIT and used under license by SolidEnergy) will eventually lead to a state-of-the-art battery that delivers an energy density of up to 800 Wh/Kg, or up to 4 times the amount of today's current lithium-ion battery.

The partnership between A123 and Solid Energy combines the startup's Solid Polymer Ionic Liquid electrolyte with the cell design and production capabilities of A123.

Prototypes using this potential breakthrough battery technology are expected to be seen sometime in 2014.  Tests will then be conducted on this technology in late 2014.

It's not clear from the press release when SolidEnergy hopes to fully commercialize its tech, but it does seem to be the case that its Solid Polymer Ionic Liquid electrolyte is at an advanced stage of development.

Green Car Congress says this in regards to SolidEnergy's tech:

"The polymer and ionic liquid both have low vapor pressure and are safe up to 300 °C, while the solid polymer coating on the lithium metal anode prevents dendrite growth."

"SolidEnergy PIL batteries are cathode-independent, but compatible with current and future cutting-edge cathodes."

It's encouraging to know that SolidEnergy's technology was actually fully developed by Massachusetts Institute of Technology (MIT).  It was then licensed exclusively to SolidEnergy.

Introductory video to SolidEnergy posted below:

A123 Venture Technologies press release on the teaming up with Solid Energy:

A123 Venture Technologies Agrees to Collaboration with MIT Start-up SolidEnergy

Together the companies will gain competitive advantage by accelerating a safer high energy battery chemistry with the potential of four times the energy density compared to conventional lithium ion batteries. SolidEnergy decided to partner with A123 Venture Technologies for its world-class labs, innovation and rapid scale-up experience, and battery design expertise. A123 Venture Technologies’ incubator business model was launched last spring at MIT's Knowledge Foundation conference as a way to provide start-ups with access to its development facilities, battery know-how, and market access in exchange for services revenue, equity and cooperation on commercialization. A123 and SolidEnergy both began with MIT research making this partnership a natural fit.

This partnership combines SolidEnergy’s novel battery technology called Solid Polymer Ionic Liquid (SPIL) electrolyte originally developed at MIT with the mature cell design and prototyping capabilities of A123. “We are excited to embark on our respective new journeys and to commercialize this technology in the fastest and most efficient way," said Qichao Hu, President and Chief Technology Officer of SolidEnergy.

The companies plan to jointly produce consumer electronics battery prototypes within the next year, followed by electric vehicle battery prototypes, and SolidEnergy staff will also be hosted in A123’s Waltham, Massachusetts development facility. Test results are expected to be ready for discussion with target customers in the latter part of 2014. Mujeeb Ijaz, President of A123 Venture Technologies, said, "A123 is delighted that SolidEnergy selected us as a development partner and we look forward to providing them with the ecosystem needed to bring this important technology to market in leading edge products.”