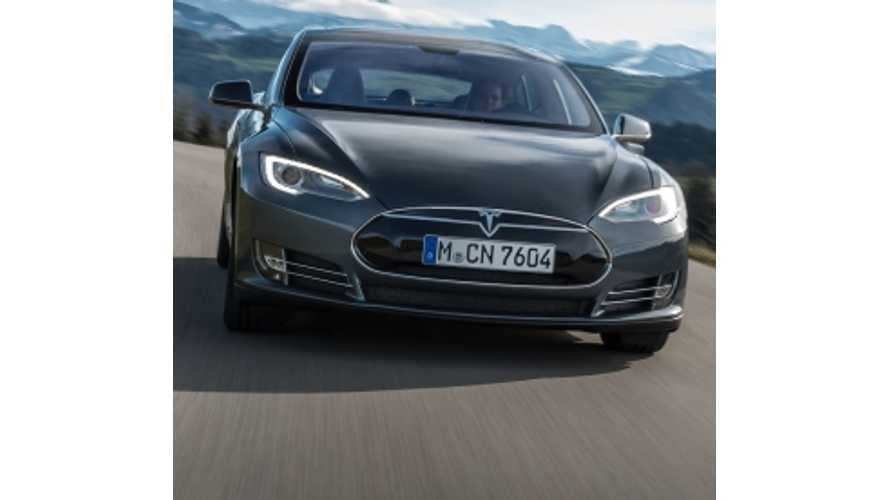 Despite reports to the contrary, sales of the Tesla Model S are as strong as you'd expect in Germany.

Even International Business Times (the source article linked below) fails to realize that in reporting Model S sales in Germany, it got it way wrong.

The Smart Fortwo ED is Germany best-selling electric vehicle and has been seemingly forever now.  It will only be surpassed by the BMW i3 when its available there.  Germans love buying German.  It's what they do.

As for the Zoe and LEAF, those two vehicles cost roughly 1/3 the price of the Model S.  Wouldn't you expect the significantly cheaper vehicle to sell in higher volumes?

If we toss August into the mix, then Model S sales in Germany total 98 units.  This figure will rise more quickly now that Tesla is moving additional Model S sedans into Europe and even Tesla says its focus has not been on Germany, but that'll change soon.

Word is that Tesla's Supercharger rollout in Germany is underway now with at least 6 (135 kW) sites scheduled to come online soon and that Tesla will offer a special high-speed "Autobahn" tune, free of charge, for Model S sedans sold in the region.

Elon Musk, co-founder and CEO of Tesla Motors (NASDAQ: TSLA), visited Munich and Berlin this week to announce three major developments for Model S customers in Germany as Tesla increases European deliveries throughout the fourth quarter and ramps up further in 2014.

"Tesla is going to make a significant investment in Germany," said Musk. "This is a country that appreciates automotive engineering, which makes it extremely important to us. To have the Model S be well received as it enters the German market is a key step for Tesla."

The first major investment is the accelerated deployment of Superchargers in Germany. Within the next month, ground will be broken in locations to energize the corridors between Munich and Stuttgart, Munich and Zurich, Switzerland, and Cologne and Frankfurt. The network in Germany will quickly expand to include routes between Frankfurt and Stuttgart and Stuttgart and Zurich. By the end of March 2014, more than 50 percent of Germany will be covered by Tesla's Supercharger network, with 100 percent of the country covered by the middle of the year. In fact, by the end of 2014, Germany will have more Superchargers per capita than any other country. In addition, all Supercharger stations installed in Germany will be power upgraded to 135 kW to facilitate even faster free charging for long distance travel.

Second is that Tesla will rapidly expand the number of service centres in Germany to ensure superior vehicle service and customer support to Model S owners. Five more service centres are planned to open in Germany by the end of this year, and 80 percent of Germans will live within 100 km of a Tesla service centre by the end of 2014. This proximity and convenience will facilitate exceptional responsiveness to Tesla customers throughout Germany.

Model S was built to be the best car in any country in the world, and in Germany this requires the highest caliber performance on the Autobahn. So Tesla's third announcement is that there will be free optional high speed tuning for Model S in Germany to optimize it for driving on the Autobahn. This custom tuning will be available to all customers in Germany, including retrofitting Model S that have already been delivered and are on the road.