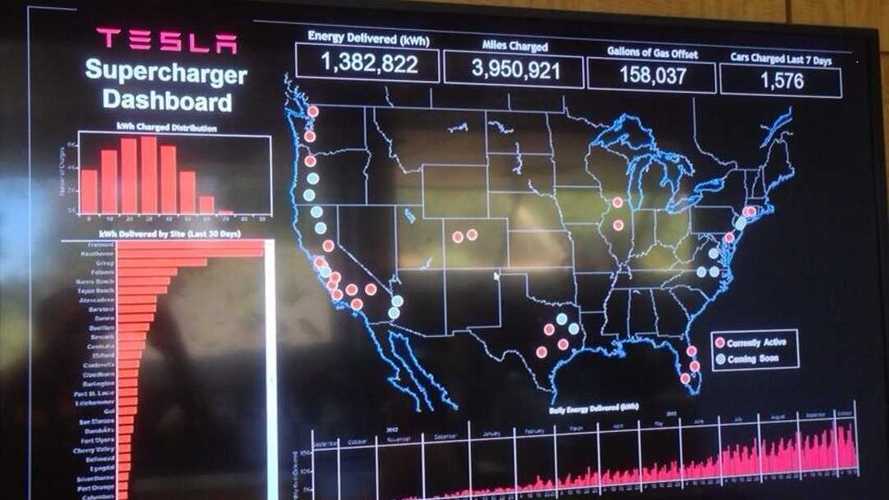 Here is something we didn't expect to see at Tesla's HQ - a Supercharging dashboard that pretty much tells us everything we always wanted to know about the network...in real time!

The dashboard displays all the current and coming soon location in the US for Tesla Supercharging, as well as lots of other interesting tidbits.  And something you can't find hosted online.

Here are some highlights as of when this picture was shot last week:

The dashboard also shows the growth rate in the usage of the supercharger system as well as the usage per station.  In total, 32 active Supercharging locations are being ranked in real time on the dashboard (Tesla website currently lists only 30).

Graphic Of kWh Charged Per Use

As of interest:  The most popular amount of charging done at a station also appears to be between 30kWh and 40 kWh, with 20kWh-30kWh coming in second and 40 kWh- 50 kWh third.