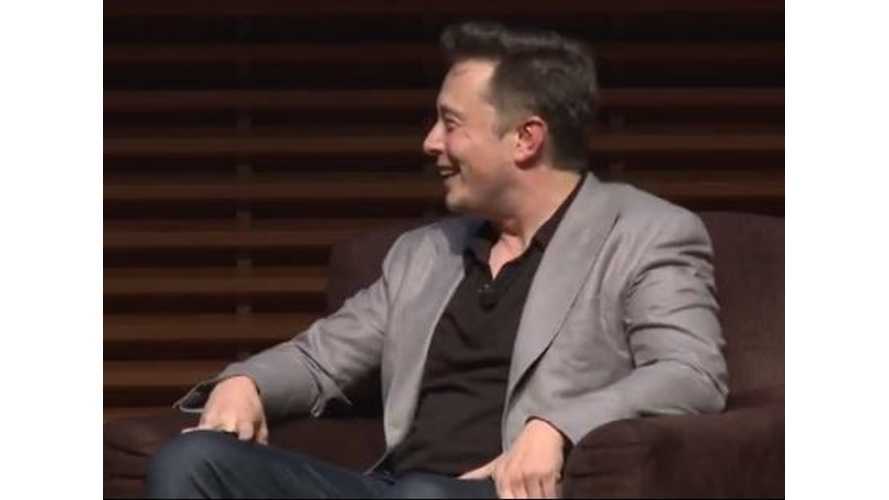 "The global auto industry is getting its groove back."

"Europe's fiscal crisis bottomed out, and China's economy has settled into reliable, moderate growth. In the United States, light-vehicle sales are likely to hit their highest level since 2007. In this section we announce our annual Automotive News All-Stars, leaders who paced the industry in a year of guarded optimism and continued recovery."

All told, 26 global executives made this year's Automotive News "All-Stars" list.  Unfortunately, only 2 have direct ties to something green.

Topping the "All-Stars" list is Alan Mulally, CEO of Ford, who was named industry leader of the year Automotive News.  Additionally, Mulally earned the honors of top North American CEO.

Let's move on to the greenies...

Here's what Automotive News stated of the selection of Musk:

"After years of hearing people say that Tesla's Model S -- an electric vehicle with a 250-mile range and faster than a Porsche -- was a pipe dream, serial production began in earnest this year."

"Musk, 42, also has set up a factory-owned retail channel and a bespoke fast-charging network and has laid plans for a massive battery manufacturing plant."

"Tesla's quarterly profits may come scattered with asterisks, but the numbers are headed in the right direction. The company's stock is a Wall Street darling. All this was accomplished while Musk's other companies launched rockets into space and installed residential solar panels by the tens of thousands."

"This would be a landmark career for most CEOs. For Musk, it was just another year."

"In 2007, BMW engineer Kranz, now 55, was put in charge of the small team that had a mandate from CEO Norbert Reithofer to develop an environmentally responsible car for urban areas."

"The team developed the tall but squat battery electric i3 compact that went on sale in Germany this month and arrives in the United States next spring. The i3 has a carbon-fiber passenger cell and parts made of recycled materials. It is built in plants that use alternative energy sources."

"The second model developed by Kranz's team is the i8 hybrid sports car, which arrives next year. BMW promises those two vehicles will be part of a family of cars."