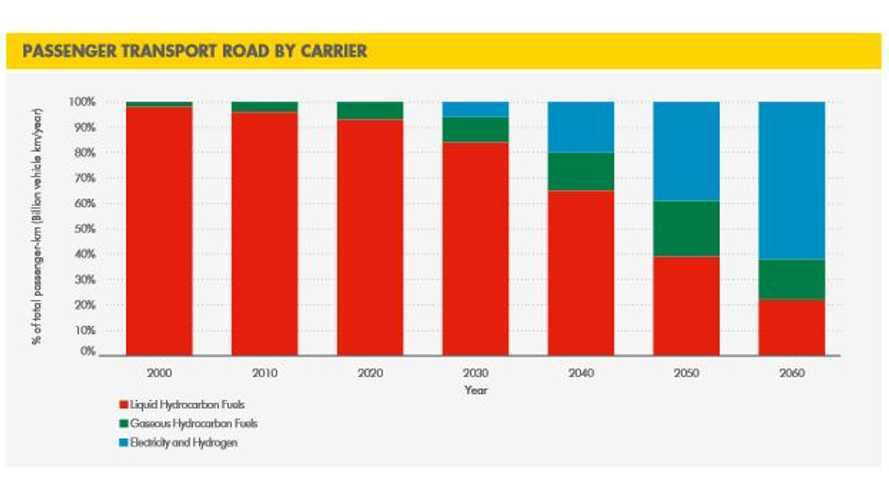 Shell Oil Company recently put out what it calls its "New Lens Scenarios."

Shell Says That This is the Future Energy Outlook by Source

Among other topics, Shell's "New Lens Scenario" examines the future of energy.

Of particular interest to us is Shell's outlook in the automotive sector:

"By 2070, the passenger road market could be nearly oil-free and towards the end of the century an extensive hydrogen infrastructure rollout displaces oil demand for long haul and heavy loads. By this time, electricity and hydrogen may dominate, and affordable, plug-in, hybrid hydrogen vehicles offer the ultimate in flexibility and efficiency."

2070 is a long ways off, but how often do you hear an oil company saying that the passenger vehicle market "could be nearly oil-free?"

The accompanying graphics show more of what Shell believes will become of the passenger transport and energy sectors in the years that lie ahead.

We'd like to see hydrogen vanish in the future, but Shell says it'll be here for the long haul.