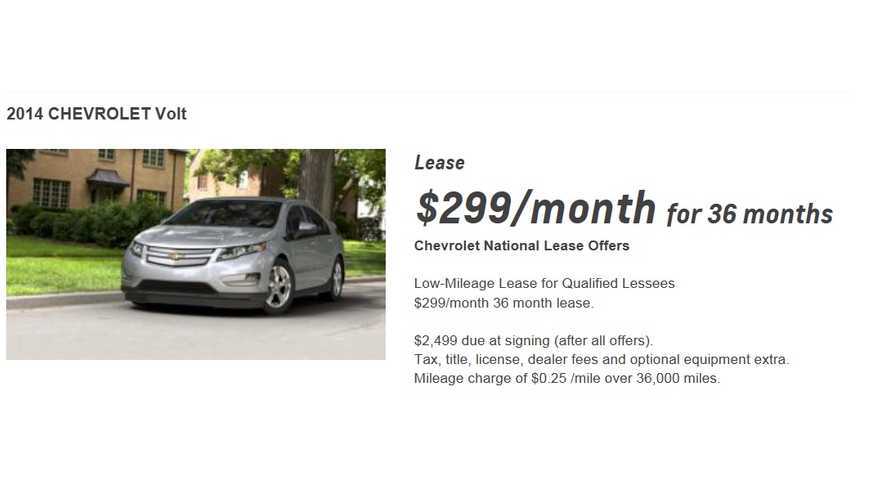 The argument in favor of leasing over buying for today's plug-in vehicles continues to grow, especially as automakers routinely slash prices on plug ins.

As the Associated Press reports, "For drivers enticed by the possibility of dramatically reducing their reliance on gasoline, the discounts on plug-in electric cars — particularly when leasing — are worth considering."

John O'Dell of Edmunds.com told the Associated Press this:

"You can drive around in a plug-in hybrid for next to nothing if you were already spending $200 a month on gas."

And here's why the Associated Press thinks leasing is the way to go:

"Although leasing sometimes gets a bad rap, when it comes to electric cars, it's the way to go — assuming the typical 10,000-12,000 mile per year limit fits your needs."

"A big reason is electric car technology is evolving. That means if you own a car for several years, your trade-in value will be limited because of the availability of more efficient and advanced models. Plus, there is concern that electric car batteries will degrade over time and charge at diminished levels after several years. Leasing for three years, for example, allows you to avoid this issue altogether."

The Associated Press even quotes Jesse Toprak, senior analyst for TrueCar.com, as saying:

"We're sort of in the middle of a perfect storm for leasing."

We too believe that leasing is the best option with today's plug-in vehicles.  Technology is emerging so quickly in the plug-in segment that today's tech soon becomes so last year.

Leasing offers you a way to stay near the front in terms of technology and that attractive monthly rates are hard to pass up.