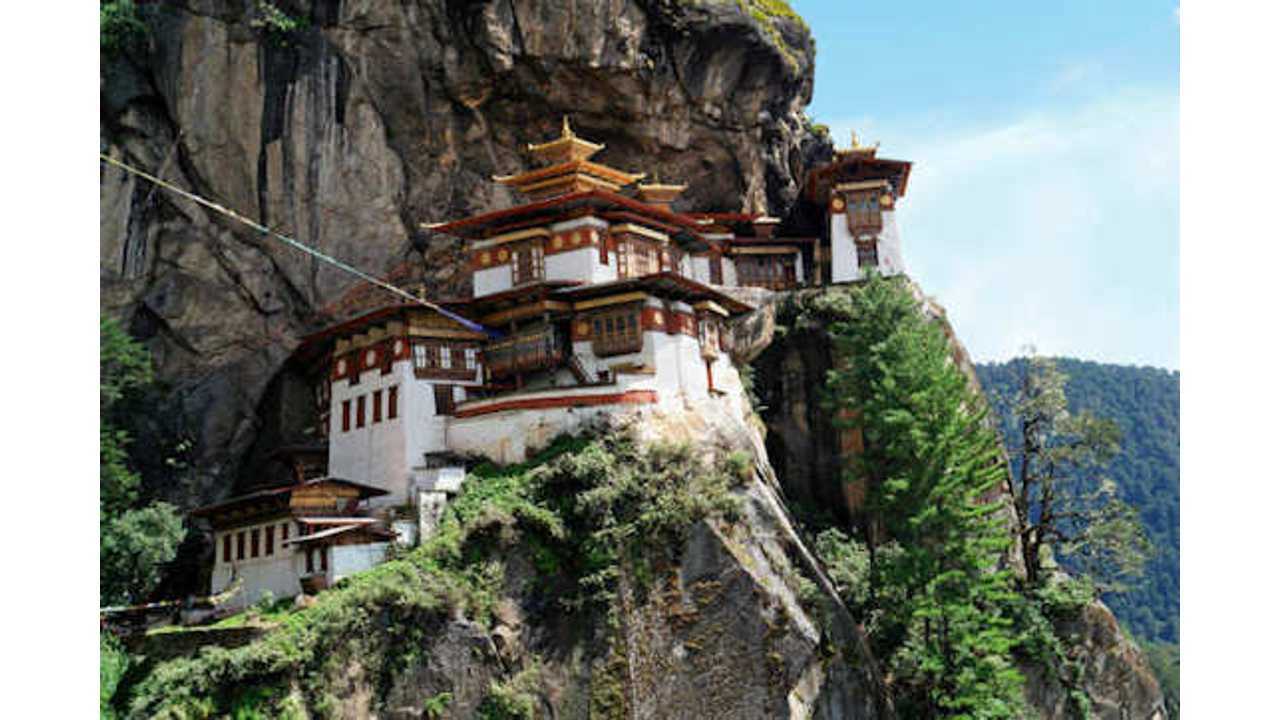 It is a trend we have seen being taken up around the world.  Federal and regional governments turning in their traditional petrol vehicles for ones that come with a plug.

Now comes word from Bhutan, a small Kingdom in South Asia (pop 750,000 est), will join in the electric vehicle revolution and is planning to eventually have all automobiles in the capital city of Thimphu be zero-emission cars.

Tshering Tobgay, the acting prime minister of Bhutan said that by March of next year the country will start replacing government vehicles with the Nissan LEAF.  The choice of the LEAF is seen as a result of a recent meeting with Nissan CEO Carlos Ghosn.  As part of the "greening" of Bhutan Nissan will also supply some charging infrastructure.

It is also being reported by the Global Post that Bhutan has had talks with Tesla, and there has been a "tie-up" of some kind with the California maker of the all-electric Model S.  Automaker Maruti Suzuki, which is based out of India, is said to also be supplying electric vehicles for a local taxi outfit.

In rder to effect change, the government has lifted a ban on imported electric vehicles today, making EV ownership a reality:

“Notwithstanding the existing ban on import of vehicles, the government has decided to relax the ban to allow import of electric and utility vehicles with immediate effect,” a government order, issued on November 12, stated.

As a result of this program, Bhutan looks to take advantage of its large renewable energy programs.  The main export from the country is selling hydroelectric power into India.  Displacing petrol costs for a resource produced from inside the country would be a big win both financially and environmentally.