Bucharest Auto Show In Romania: Not All Shows Are Created Equal When It Comes To EVs 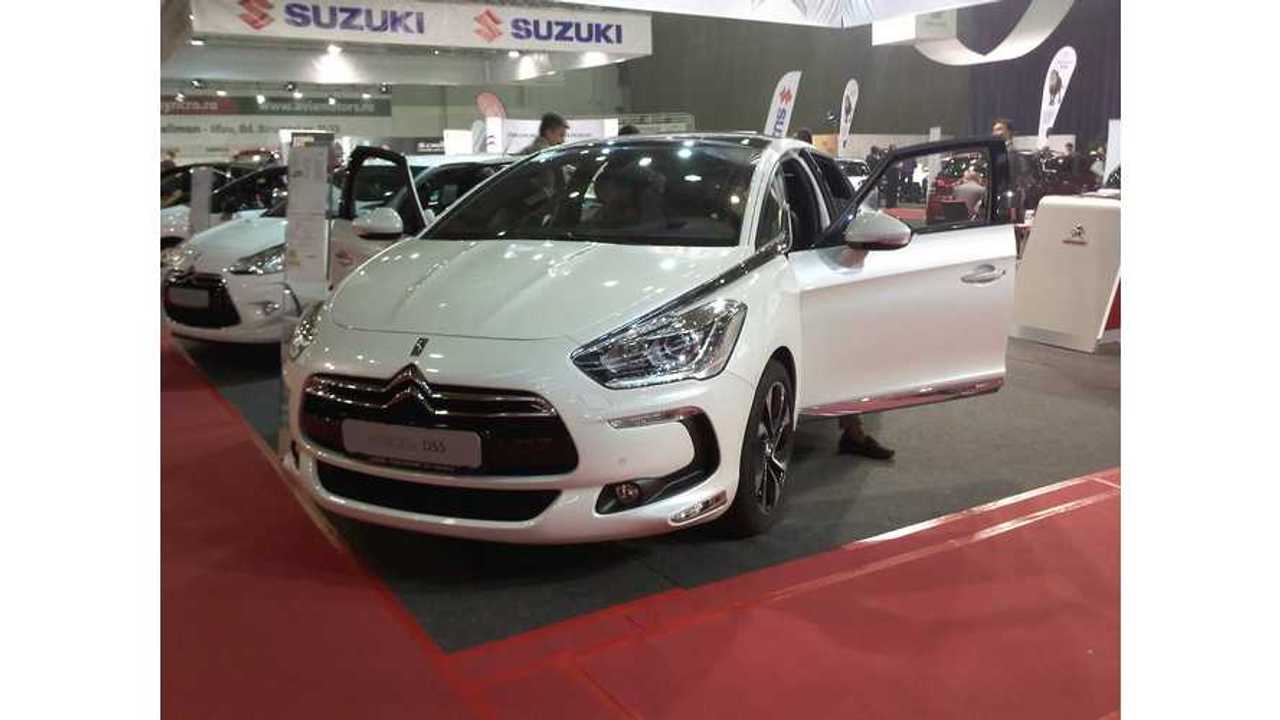 The Bucharest Auto Show (SAB) is the biggest auto show in Romania, and has its doors open to the public between the 10th and 20th of October. The ticket price for entry is $6, and for that you can see both the classic cars part of the show and the new cars stands.

Editor's Note:  We'd like to thank Andrei for covering this show for InsideEVs, and his insights into the electric vehicle scene in Romania for us!

Because of the world wide financial crisis, the show is not even a shadow of its former glory days. With a surface area that is no bigger than the one of a flea market, the 3 small hangars that host the car representatives do not have anything important to show you. The only important cars that managed to find their way here from the Frankfurt auto show were the BMW 4 series and the jaguar F-type. I can defiantly say that the classic car part was much more interesting, then the new cars section of the show.

While the whole world is putting its accent on green cars, sustainable energy and lowering the cars CO2 emissions, at this show you cannot find an electric vehicle. Which is a shame, because only a couple of weeks ago, the world has seen the largest number of Eco friendly cars on display just some distance away in Germany.

People that came to this show were expecting to find new cars, world premiers, with low consumption, low maintenance costs, very economical, but the majority of them were just last year models. You can find all these cars in a Mall parking lot, so why come here? The only 2 hybrids present here were a Peugeot 508 and a Citroen DS5.

It is true that Romania is not a big Eco car market with only 31 EVs registered this year:

1-Prius Plug in, 1-Citroen C-Zero
1-Leaf
28-Renault Fluence ZE (although the Fluence ZE and the Leaf are not yet for sale here)

As for hybrids in Romania, there was about 10x as many registered (383 hybrid cars in total)

With 28 Registeres This Year, the Fluence ZE by Renault Is The "Runaway" Plug-In Leader In Romania

This result from a total of 207,150 cars registered. That is: 0.18% of the cars registered here this year until the 1st of October are hybrids. Do you want me to tell you the percentage for electric cars?  It's a lot lower.

You can say that the Romanian EV car market is more like a two month pregnancy, you can't say that isn't there but you still cannot see anything!  And yes we know, the EV market in Romania is hilarious, even Coda can do better in a month (if they wanedt to)...and they are bankrupt! You have more chances of being struck by lightning, then to see an EV, let alone be hit by one!

Anyway, getting back to the show, as if all of the above was not enough, the top dealers that were representing the car manufactures were very badly informed and did not have any significant knowledge about EVs.

The icing on the cake was the stand  from Nissan, who had representatives that did not know anything about their electric vehicles, and a team leader who got confused between electric vehicles hybrid vehicles in the first part of our conversation!

Further in the conversation, the Nissan representative told me that the cheapest new Leaf costs 20k euro/$27,200 USD (which is not the case even if the Leaf is produced in Europe at the UK plant - you can see the price in pounds displayed on their web site).   You can acquire a Leaf that cheap here, but only if it is a second hand one. The rep also told me that the service centers have to invest some 40k euro ($54.6k USD) to accommodate the LEAF and the dealers do not want that because they would have to sell 1,000 LEAFs to recuperate the investment.

If you do still want a new LEAF, they will bring one for you on special order - but it will cost you a whole lot more then bringing the car yourself into the country; either way they (Nissan) will not offer you any kind of warranty on the car.

None of the major auto makers currently had plans to bring EVs to Romania in a big way.

Want a 2013 Mitsubishi i-MiEV In Blue? You Can Get One In Romania (but not in the US)

Tesla's No Dealer Model Might Be An Ideal Setup For Romania

It was odd that even Dacia (Renault's budget car brand) with its main factory present in this country was nowhere to be found. Other very important brands in Romania there were no-shows included: Alfa Romeo, Audi, Bentley, Cadillac, Ferrari, Fiat, Jeep, Lamborghini, Lexus, Porsche, Renault, Smart, Subaru, Volkswagen, and Volvo. Only 16 types of cars could be found at SAB through their main dealers.

For Romania, now I understand Tesla and their NO dealer approach. I am waiting for a Tesla showroom to show everybody that an EV can indeed sell here (in one of the EU capital with the largest concentration of over 100k Euro cars per person).