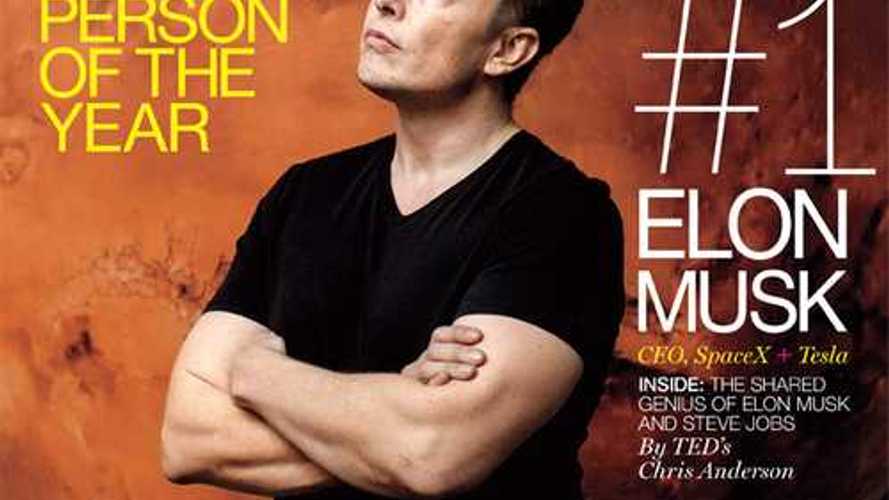 Tesla and SpaceX CEO Elon Musk has been chosen by Fortune as its "Businessperson of the Year."

Now don't get us wrong, Mr. Musk deserves all the credit for winning this award - he is the co-founder of PayPal, he took both Tesla and SpaceX right to the edge of oblivion before bringing them both back to become leaders in their respective industries, and he is the Chairman of SolarCity on the side...to use up those free moments in his day.

...but he literally wins one of these every week, and it is getting more and more difficult to move around verbs and adjectives to describe the man in a new light.

This week his victory of "Businessperson of the Year" was a triumph over the "Activist Investor" (a generic grouping of big money players) and Ma Huateng (Co-founder and CEO of Tencent).

As far as we can tell all awards are now basically made up of Elon Musk vs. everyone else in the world - all with the same result.  So we will let Adam Lashinsky, who writes for Fortune, explain the choice for us:

"It is no Secret that Elon Musk is a triple threat: The co-founder of PayPal has gone on to disrupt aeronautics with Space Exploration Technologies, known as SpaceX; shake up the auto business with Tesla Motors; and retool the energy sector with SolarCity. (He is CEO of the first two companies and chairman and largest shareholder of the third.) But 2013 was an especially notable year for Musk, as investors and consumers wholeheartedly embraced his ideas and vision.

Another Day, Another Award

After a rocky start a decade ago, Tesla has emerged to become the world's most prominent maker of all-electric cars. Revenue at Tesla is up more than 12-fold for the first three quarters of the year, and the company is on track to top $2 billion in sales in 2013. The stock is up more than fourfold year to date, and that's after giving back some gains when recent vehicle sales missed some analysts' estimates. (A series of troubling car battery fires has not helped.)

And just as SpaceX has helped reignite interest in space exploration, Musk's plans for a "hyperloop" between San Francisco and Los Angeles got Americans buzzing about ultra-high-speed transit when Musk released his design plans in August. Musk's creations have already made him tremendously wealthy -- Bloomberg Wealth says he is worth $7.7 billion -- but it is his audacity and tenacity that make him Fortune's Businessperson of the Year."

If you are curious here is the rest of the list:

Hugh Jackman Reportedly Not Impressed With Musk Beat Down