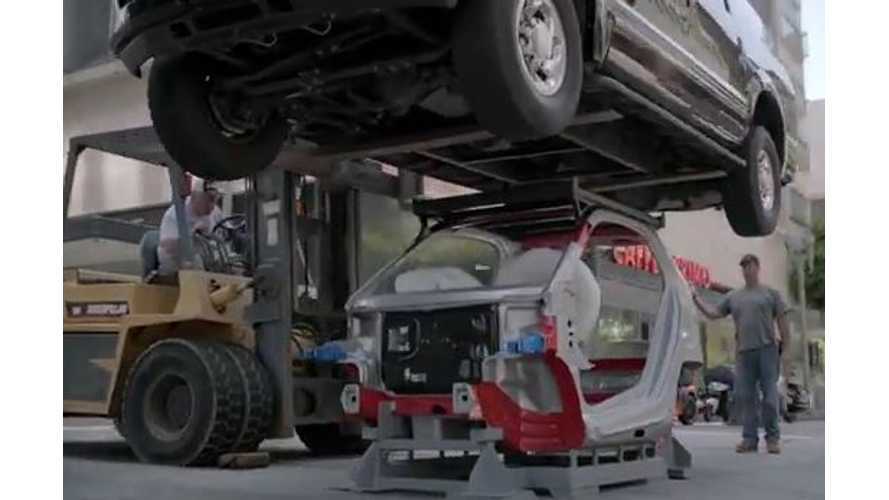 We stumbled across this behind-the-scenes video showing off the Smart Fortwo's tridion safety cell and figured why not share it with electric vehicle world.

When this video first appeared, the Smart Fortwo Electric Drive (then in its 2nd generation) wasn't on anyone's radar (mostly because it was way overpriced and awful).

Now, more and more Smart Fortwo Electric Drives are being sold (the 3rd generation model is much improved and way cheaper).

So, why not show off what makes the Fortwo ED 4-star (in NHTSA testing) safe?

The tridion safety cell found on the conventional Fortwo is identical to the one employed in the Electric Drive version, so if you've ever wondered how strong the cell is in the ED, then this video shows that.

This behind-the-scenes looks proves that the Smart commercial is no hoax.  The tridion cell can indeed support a massive SUV and that same safety cell is found tucked under the bodywork of every electric Fortwo for sale today.

Just some safety reassurance for you.