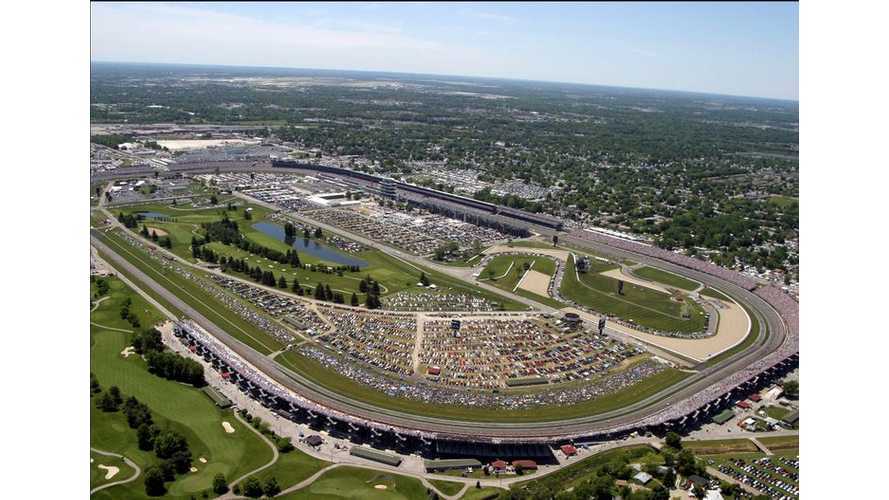 Indianapolis Motor Speedway or Indy as It's More Commonly Called May Not be So Green, But Apparently the City of Indianapolis Is Or Soon Will Be

At the 27th Annual Electric Vehicle Symposium and Exhibition (EVS27), Indianapolis, Indian was chosen as the lone city worthy of this year's international "E-Visionary" award from the World Electric Vehicle Association.

Indianapolis was selected for several reasons, but the individual efforts of the Mayor Ballard (Mayor of Indianapolis) were mostly what was noted by the World Electric Vehicle Association.

"This marks the third time in the last six weeks Indy has received national or international acclaim for its innovative solutions to matters of local, national and global importance.  It is gratifying that others are recognizing our efforts to improve global security by reducing the dominance that oil holds on our transportation sector."

In 2014, Indianapolis will launch the largest electric car sharing program in the US modeled off of Paris' Autolib.

"Mayor Ballard is working tirelessly to free Indianapolis, and our nation, from a crippling dependence on a monopoly fuel. He is pioneering innovative solutions for his city’s transportation needs, and it is a tremendous honor for me to present Indianapolis with this E-Visionary award during EVS27."

For these reasons and more, Indianapolis received the award.

The E-Visionary Award is presented by the World Electric Vehicle Association (WEVA) to cities and regions for initiatives to promote the use of electric vehicles.