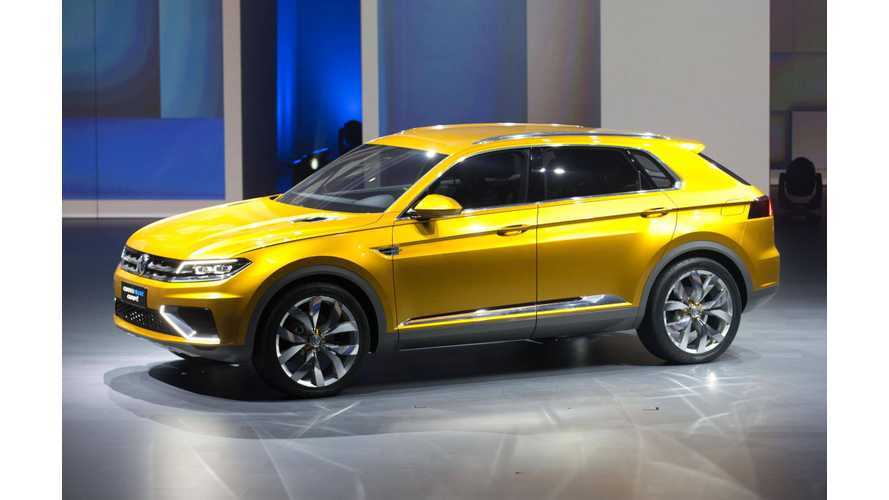 Volkswagen’s CrossBlue plug-in hybrid concept looks to be bound for production.  Though it's still called a concept, the vehicle seen here looks ready to go.

Making its US debut at the 2013 LA Motor Show, VW officially says that the CrossBlue PHEV is targeted directly at US buyers who, as we all know, adore SUV-ish crossovers.

Here are the latest specs on the CrossBlue that took to the stage in LA:

The concept vehicle is based off VW’s new Modular Transverse Matrix (MQB) platform, which is highly adaptable and can support several engine options, including both pure BEV and PHEV setups.

We firmly believe VW will green light the CrossBlue (perhaps under a different name) soon, so stay tuned for more on this one.