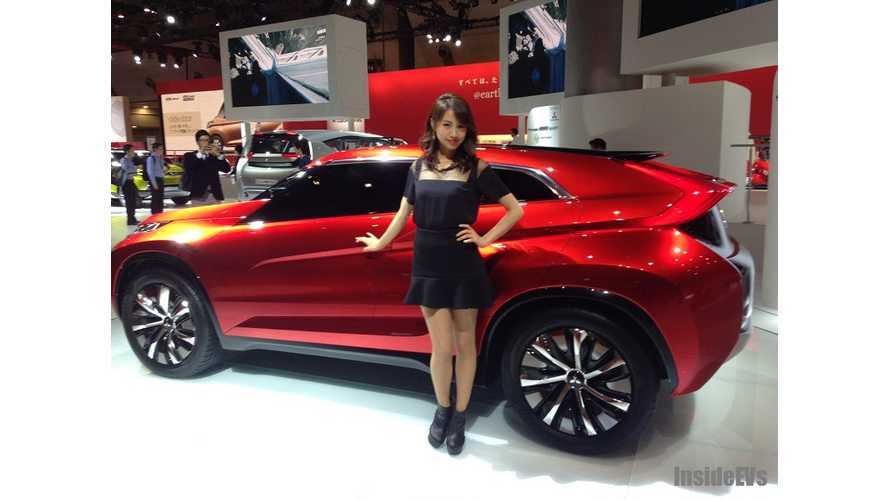 The Mitsubishi Concept XR-PHEV made its world debut at the 2013 Tokyo Motor Show and, with our crazy be-in-ten-places-at-one-time skills, we've managed to capture it live on the stage.

Here's what Mitsubishi says of the Concept XR-PHEV:

But wait, there's more (including a model posing for the camera).

This Concept previews the next-generation Outlander Sport, which is due to launch within 3 years.

The Outlander Sport is a compact crossover and is Mitsubishi's #1 seller in the US.  It's made in the US, too (Normal, Illinois).

The Concept that hit the stage in Tokyo sports seating for four, a claimed electric-only range of 52 miles and features a 1.1-liter, three-cylinder, direct-injection turbocharged engine and a 120-kW electric motor. Mitsu says the XR-PHEV returns 66 mpg under Japanese testing methods.

Look for the Concept XR-PHEV to evolve over the next couple of years into a direct replacement for the Outlander Sport.  It seems likely to us that the next-gen Outlander Sport will be offered in two versions: gas-only and plug-in hybrid.