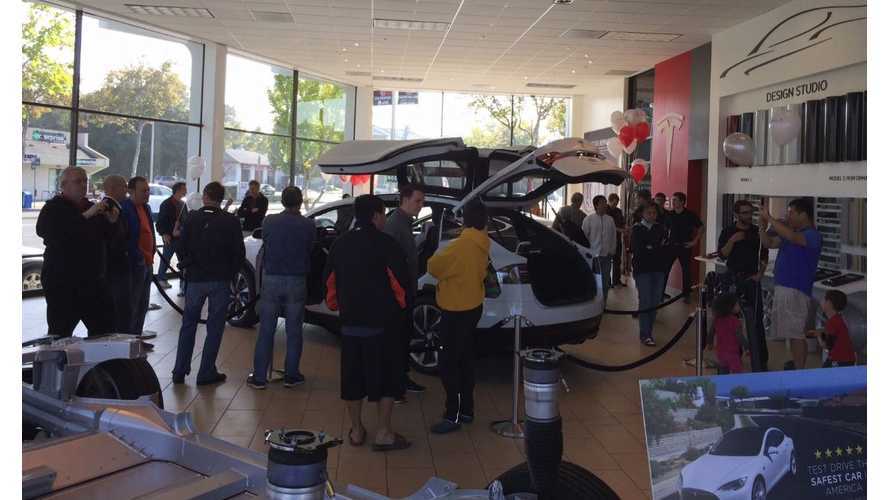 As a follow-up to our recent post on Tesla celebrating its grand opening with an "eXtra surprise" at its Palo Alto store in California, we figured why not show what "eXtra" was on display.

As we speculated, it was the Model X that would make an appearance in Palo Alto and we were right.

The Model X isn't displayed too often these days, so this was a bit of a "surprise," as Tesla Motors stated.

Model X sightings will become increasingly common as we draw closer to its launch of late 2014.

This particular Model X is still a prototype version.  The production Model X has not yet been revealed.