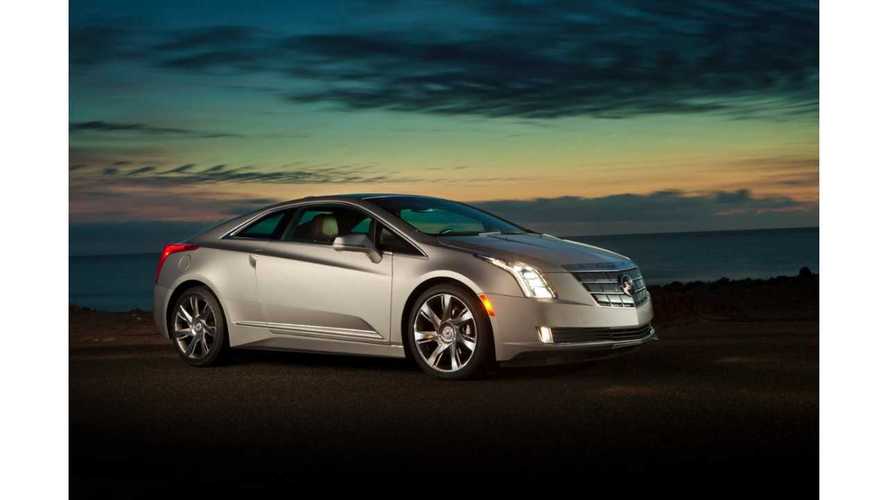 The Cadillac ELR is currently headed into production at GM's Michigan (Hamtramck) assembly plant, with first deliveries happening in January of 2014.

And other than some initial loose estimates on performance and a price tag starting from $75,995, we didn't really know any of the main specs of interest on the extended range luxury vehicle based on the Chevrolet Volt.

That is until now, as Cadillac has finally released a full preliminary spec sheet on the ELR.

Highlights of interest is a 0-60 time of 7.8 seconds*, but only while burning gas.  In all electric mode it gets a near identical to the Chevrolet Volt time of 8.8 seconds.

As a result of this similar performance in EV mode, the estimate for all electric range has increased since GM first said the Caddy would get about 35 miles of range...that number has increased to 37 miles - although we have a feeling most ELR buyers would probably prefer the ability to beat a $40,000 less expensive Chevy Volt off the line electrically if given the choice over 2 miles of extra range.

Other comparisons of note between the Cadillac ELR and Chevrolet Volt:

Cup Holder Of The Future Today!