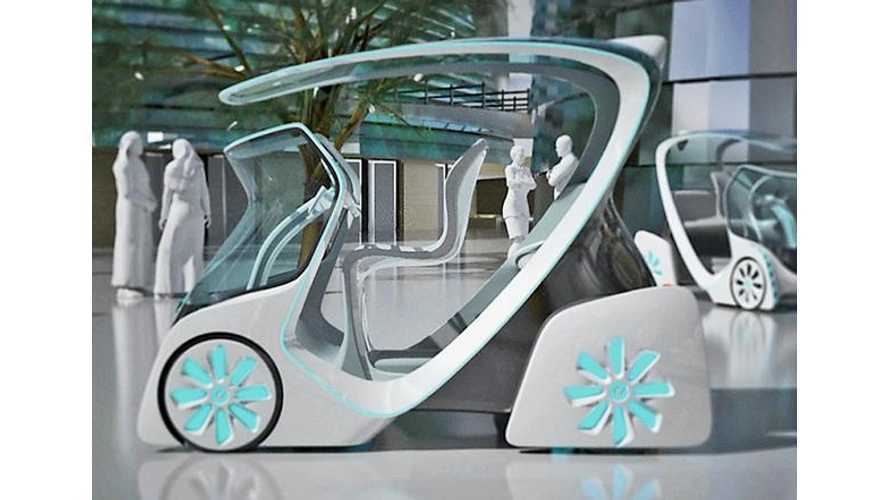 Nissan Motor is hard at work on multiple versions of what it believes is the future of autonomous, zero-emissions vehicles.

Wonder What Would Happen If You Tried to Drive Your EV Here?

Nissan envisions this concept as something buyers could use out on public roads and even inside a crowded shopping mall.

Nissan refers to the Pedestrian on Wheels concept as a self-guided tourist van and says that this concept is what it believes consumers will want in the next decade or two.

Nissan's Rachel Nguyen, director of advanced planning, has this to say of Nissan's far-off concepts:

"These ideas may seem far out, but we have to look out beyond the usual four- and five-year horizon because things are changing so fast. They could actually happen sooner than you expect."