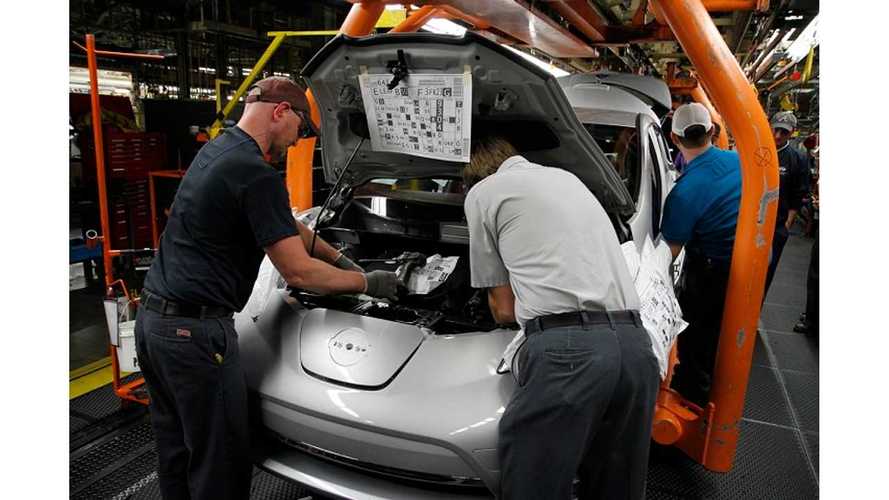 For months now, Nissan has been promising us that it'll gradually increase LEAF production in the US to meet rising demand in North America.

The problem is that these production increases take time.  Lots of time apparently.

Remember when Nissan initially stated that production would be increased significantly by October?  That didn't happen.

Due to electrode shortages, it's now taken Nissan months to up US production of the LEAF.

"We are supply constrained... We will start producing more Leafs probably by the end of this year -- so December January time."

Munoz adds that that the production bump in Smryna, Tennessee will be "an important increase," we're not quite sure what that means, but we have been informed a target of about 2,700 per month is the ultimate goal for now.

Nissan would like for LEAF supply to be at or around 60 days in the US.  Currently, supply of the LEAF is about half that, which means that there just aren't enough LEAFs out there.

This production increase should result in higher sales, but we likely won't see a boost in sales until 2014.

Of note: 2014 Model Year LEAFs are in production now and should hit dealerships in December.