Watch A Nissan LEAF Get Nismo Spec'd! Hint To Nissan: Bring This Option To The US! 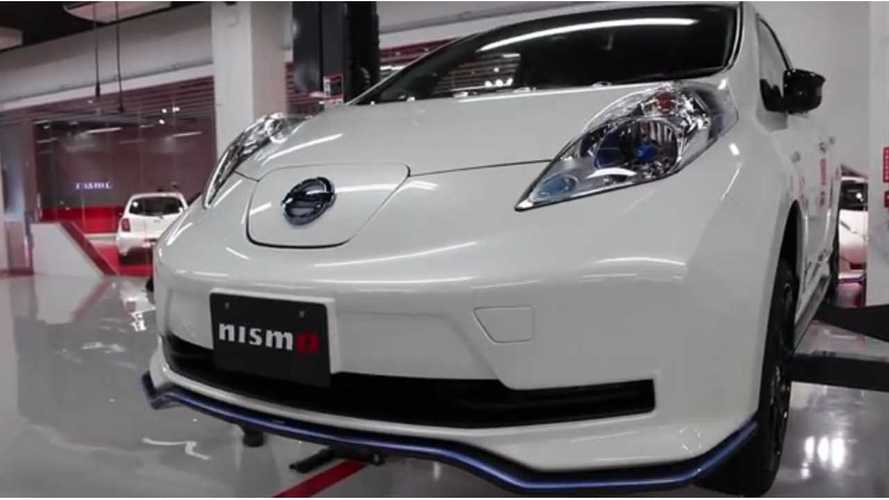 Nismo VCM For The LEAF Amps Up The Performance

In our late night wanderings of all things electric and Japanese, we spotted some rare footage and information on the Nissan LEAF Nismo.

Just this past June we brought word that the good people at Nismo set out to not only make the 'regular' LEAF look better with a full new body kit, but gave it a performance boost as well - in the form of a reprogrammed VCM (Vehicle Control Module), as well as lots of other bells and whistles.

At The Very Least Nissan, Make The Illuminated Logo Available In The US!

Unfortunately, Nissan only has plans for selling the car in Japan (although that could change).   And since announcing the model in early summer, we have heard little and seen even less of the car...other than a few initial press clippings.

However thanks to Keiko Ihara, who is currently the only Japanese female driver competing in the World Endurance Championships, and who also signed a deal to promote Nissan's "zero emission mobility" program, she decided she'd rather not drive a regular LEAF.

Enter the Nissan LEAF Nismo spec, and the following video of her EV getting NISMO'd.  And yes, it is all in Japanese - so you might want to skip to the :51 mark to see her plain-old white LEAF get a heck of a lot sportier.

We can't help but notice she seems to be thoroughly enjoying the extra umpf provided in the Nismo LEAF.

So Nissan...how about making these cars, or at least some of these options, available outside of Japan?