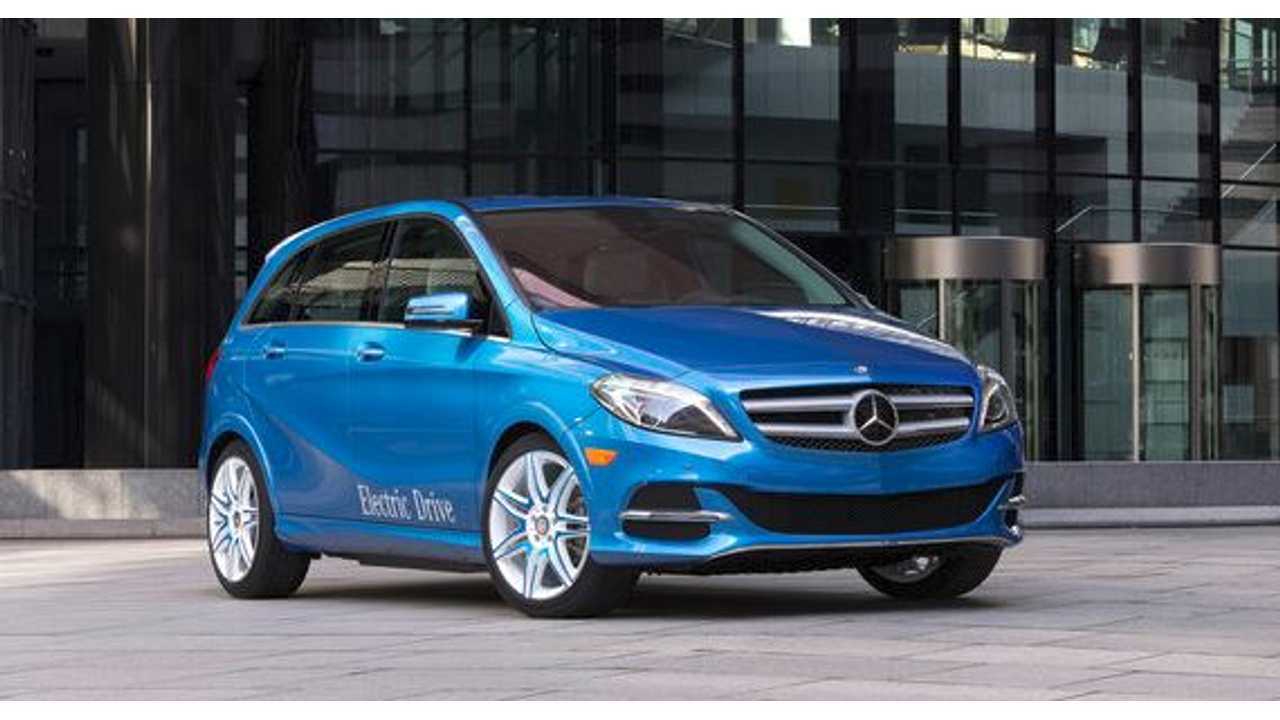 Mercedes-Benz research and development boss, Thomas Weber, firmly believes that the upcoming B-Class Electric Drive will give the growing competition a run for their money.

In an exclusive interview with Automobilwoche, Weber spoke of Mercedes' plugged-in future, focusing mostly on the electric B-Class.

Here's how that conversation went down:

Automobilwoche: BMW is launching its i3, a model developed from the ground up as an EV with a carbon skin. Daimler currently has only the electric Smart.

Weber: That will change next year when we bring out the full-electric B-class Electric Drive. In all the key criteria, this vehicle will be at least as competitive as our competitors' models.

Automobilwoche: Why do you think this?

Weber: With the B class, we are bringing out an electric vehicle with five full-fledged seats and no constraints on trunk space. The B-class Electric Drive has a range of 200km – and that's not just on paper. The 200km actually can be achieved in normal daily use. The car also has a top speed of 160kph. With torque of significantly more than 300 newton meters and with an acceleration of 0-100kph in 7.9 seconds, we are offering sports car feeling in a compact car. And the batteries are fully charged in three hours.

Automobilwoche: Won't it be very expensive?

Weber: The price is not set, but we want to be extremely competitive here, too.

Automobilwoche: What Mercedes tech is in the car?

Weber: Two-stage energy recuperation is an important function that was developed by our engineers. And with the steering paddles, drivers can brake in two stages without having to operate the brakes with their feet. That offers an entirely new, very attractive driving experience.

Automobilwoche: Will you also sell the B class with a range-extending engine?

Weber: That is not currently planned. The hybrid concept is more efficient than a range extender. While I do not want to rule out offering models with range extenders in the future, as an engineer I don't think much of workarounds. So I clearly prefer direct propulsion with an internal combustion engine for long distances.

Automobilwoche: What's the launch plan for the B class?

Weber: The electric B class comes out first in the U.S. in the spring of 2014. Unlike Europe, there is a relatively significant demand for such vehicles. The B-class Electric Drive really has no predecessor in the U.S. It is being positioned in that market as a multipurpose vehicle and will only be offered as an electric model. Based on its design and the battery's location, the car is somewhat elevated, and the 18-inch wheels add to its height. So the B class almost looks like a compact SUV.

Automobilwoche: When will the electric B class debut in Europe?

Weber: In autumn 2014 with the B class model upgrade, since we already have a much sought-after electric vehicle, the two-seat Smart ForTwo Electric Drive.

We definitely think that the B-Class Electric Drive will compete head on with the BMW i3.  If M-B prices it right, says within a couple grand of the i3, then BMW will have a serious competitor to deal with.  On the other hand, if the B-Class is priced above $50,000, then the i3 will still stand alone.

Interesting times are a comin'.