Autocar Gives BMW i3 a Thumbs Up in First Drive Review 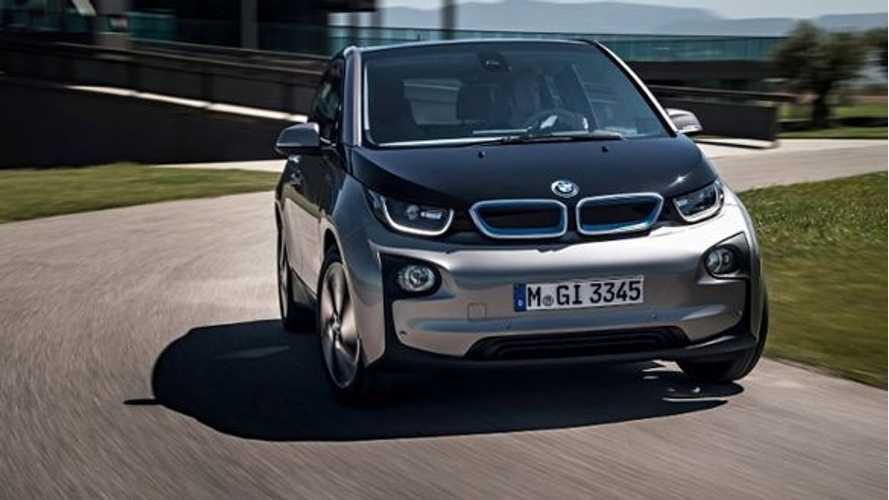 Drives of the BMW i3 are currently underway and the general consensus (at least from the two dozen or so that I've read) is that the i3 performs like an "Ultimate Driving Machine."

Outside of the Tesla Model S, there's no production electric that's been as highly praise for its fun-to-drive quotient as the i3.

Is there room for improvement?  Sure, but the near-universal praise we've seen from these early i3 test drives is encouraging to say the least.

Autocar's first drive review of the i3 basically sums up what seems to be the general consensus for BMW's first production electric, so we'll turn it over to Autocar's driving notes for now:

"With 168bhp and 184lb ft of torque the moment you brush the throttle, the new BMW is more than merely brisk. In fact, its performance is good enough to match some big name hot hatches with 0-37 mph in 3.7sec, 0-62 mph in 7.2sec and a 50-75 mph split of 4.9 sec. Traction is excellent, even on a heavily loaded throttle away from the lights, without any hint of wheelspin or interruption from the various electronic driving aids.  The nominal 93mph top speed is limited to preserve the battery charge."

"The sporting impression is reinforced by relatively light and direct steering. In combination with a low centre of gravity, this endows the i3 with swift and sharp directional change response for excellent maneuverability in urban driving conditions. The electro-mechanical steering system is shared, in part, with the next generation Mini hatchback and becomes more direct as lock is wound on, although there’s sufficient response from the centre position to provide class leading levels of low speed agility. Indeed, in the cut and thrust of city traffic, the new BMW is extraordinarily agile and fun to drive."

"To enhance its sportiness, BMW has provided the i3’s MacPherson strut (front) and multi-link (rear) suspension with relatively firm spring rates. The ride is quite firm and tends to become frigid on anything but smooth road surfaces. The damping, on the other hand, is relatively soft, leading to rather exaggerated levels of lean when you pitch the new BMW into a bend. The tall but narrow tyres provide relatively strong adhesion, but with so much performance on hand it doesn’t take much to get the traction and stability control systems working mid-corner."

In the ever-so-important "Should I Buy One?" category, Autocar says this:

"We’re yet to figure the i3 independently but its official consumption figures point to a real world range of up to 100 miles, or some 12 miles less than that hinted to by the standard EU mandated test."

"This is well beyond the average daily commute in the UK, which BMW studies put at 30 miles, suggesting its hi-tech driveline will meet the needs of most commuters. What really impressed was its relative economy on light throttle loads at constant city speeds, at which the i3 requires little more than half its claimed average of 12.9kWh, according to its detailed energy consumption readout."

In the City is Where the i3 is Most at Home

"Still, there are larger issues than range that stand in the way of the i3’s quest for electric car supremacy; namely its £25,680 price tag with the government’s generous subsidy deducted being among them."

"But perhaps more pertinent is the fact that it is around £5000 more than the excellent 116d EfficientDynamics – the most economical of BMW’s traditional combustion engine models."

"Alternatively, prospective customers can opt for a three-year leasing deal with a £2995 deposit and monthly payments of £369."

"If you can live with the range, have easy access to high-voltage charging and are mostly city bound, the i3 is well worth a look. Its individual styling, contemporary feel, excellent performance, engaging agility and various connectivity solutions all hint at a bright new future for the automobile, even if it takes eight hours to charge it on a regular low voltage mains socket."

So, if you can afford the i3's premium price tag, then this is the electric to go for.  That is, unless a Model S fits into your budget.