Nissan Now Offering $15,000 Towards CHAdeMO Charger Installs in US 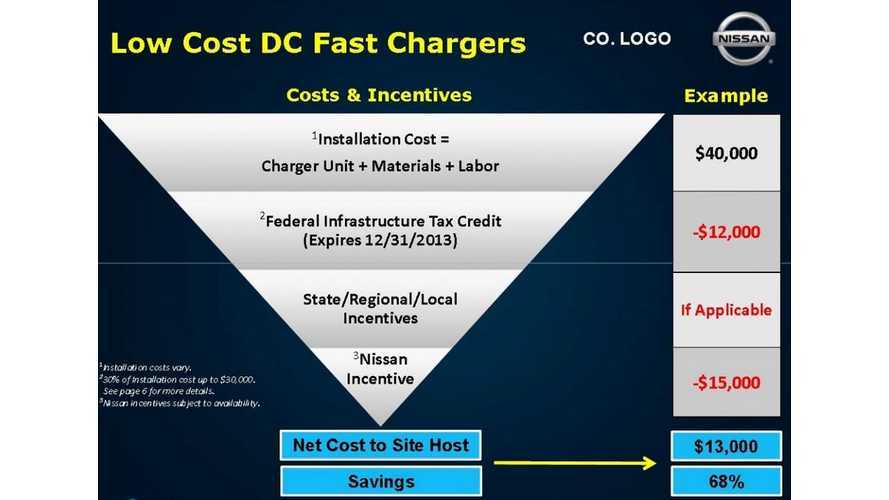 Nissan Makes CHAdeMO Smile...Or Is That a Wink?

Via its EV Advantage program, Nissan is offering commercial organizations (businesses and corporations) up to $15,000 towards the purchase of a CHAdeMO DC quick charger.

Nissan's program has several stipulation, but the basic idea is to make it easier on the pocketbook for the commercial install of CHAdeMO units.

This program is exclusive to the US and, when combined with the federal government's $12,000 infrastructure tax credit, can cut approximately 68% of the purchase and install cost of a CHAdeMO charger.

At that price, one would think CHAdeMO units will soon be popping up everywhere, but Nissan limits the incentive to only in areas it deems worthy for installs.  Think high Nissan LEAF market share cities and you'll be on the right track.

We're certain that Nissan would make some exceptions to this, but the majority of the $15,000 incentives will be given out to highly populated West Coast cities.

Isn't it always the case that the left coasters get the charger while the rest of the nation not-so patiently waits?

For more on Nissan's EV Advantage program, check out this PDF.