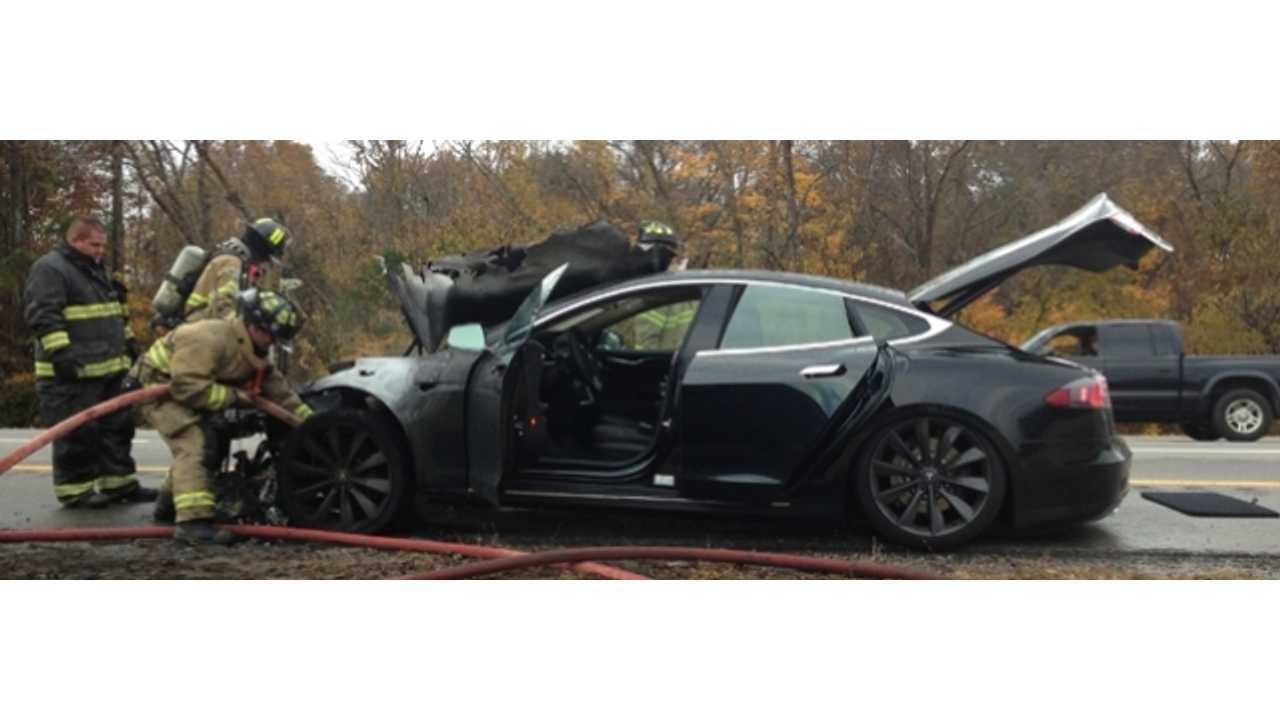 Many feared last week that there may be an inherent risk in the location of the battery pack of the Tesla Model S.  Some even mentioned that it could be compounded by the vehicle's low ground clearance and the forward section of the Model S' battery pack.

It seems Tesla not only heard these concerns, but is now responding, and in a big way. 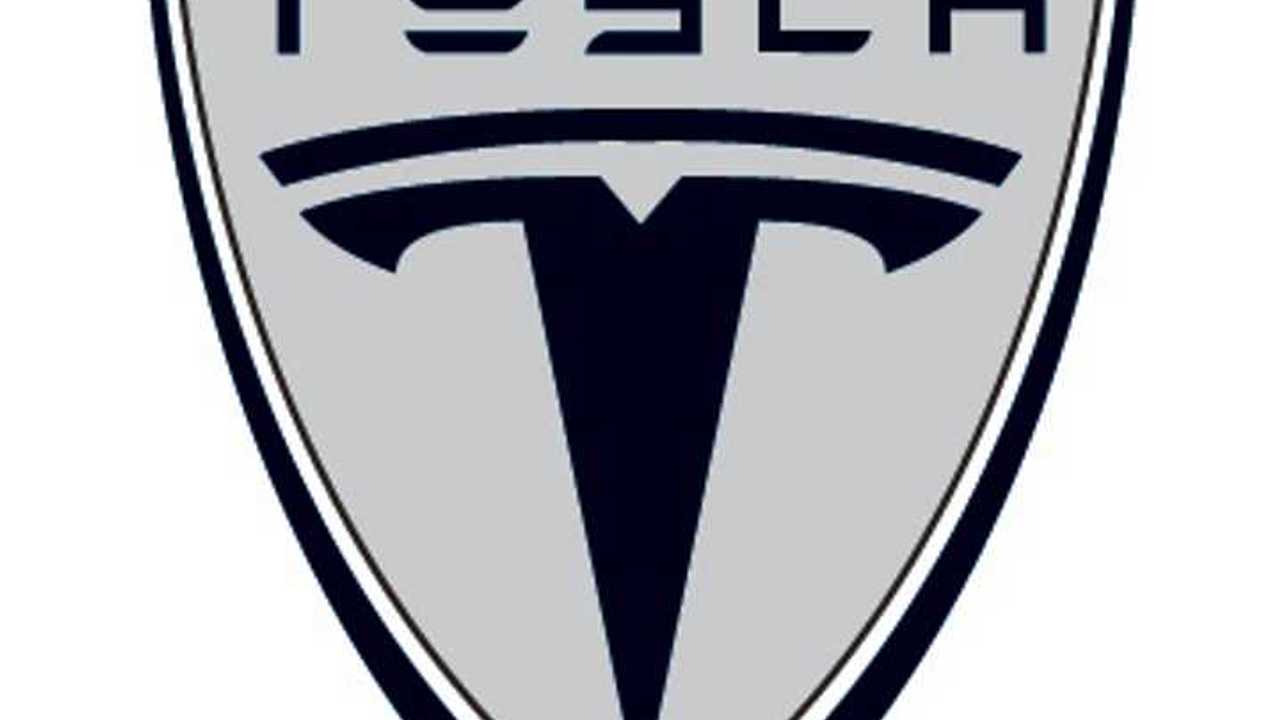 The automaker, in a written Mission Statement by the CEO Elon Musk (below), has come up with a three point action plan for dealing with battery fire risk: The blog post very clearly states that the three high-speed collisions "caused no serious injuries or deaths."  Tesla compares those numbers to the "400 people that were killed, and 1,200 people that were seriously injured" in automotive fires from accidents in the last year or so "since the Model S went into production."

At the same time as the blog post (below) the NHSTA has indeed announced a probe into the Tesla Model S fires. In a statement to CNBC, the NHTSA notes the investigation - but not that it was directly a result of a Tesla request:

"The National Highway Traffic Safety Administration is deeply committed to safeguarding the driving public.  The agency has opened a formal investigation to determine if a safety defect exists in certain Tesla Model S vehicles. The agency's investigation was prompted by recent incidents in Washington State and Tennessee that resulted in battery fires due to undercarriage strikes with roadway debris." 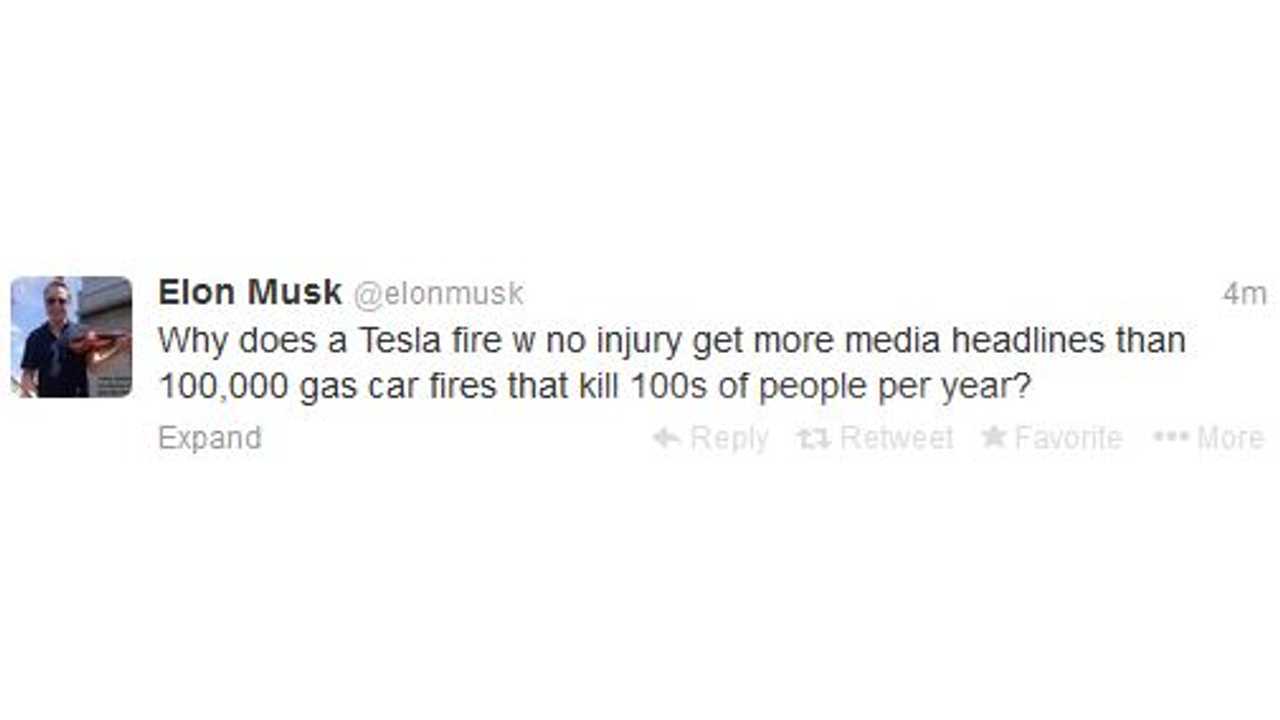 The Mission of Tesla

Our goal when we created Tesla a decade ago was the same as it is today: to accelerate the advent of sustainable transport by bringing compelling mass market electric cars to market as soon as possible. If we could have done that with our first product, we would have, but that was simply impossible to achieve for a startup company that had never built a car and that had one technology iteration and no economies of scale. Our first product was going to be expensive no matter what it looked like, so we decided to build a sports car, as that seemed like it had the best chance of being competitive with its gasoline alternatives. 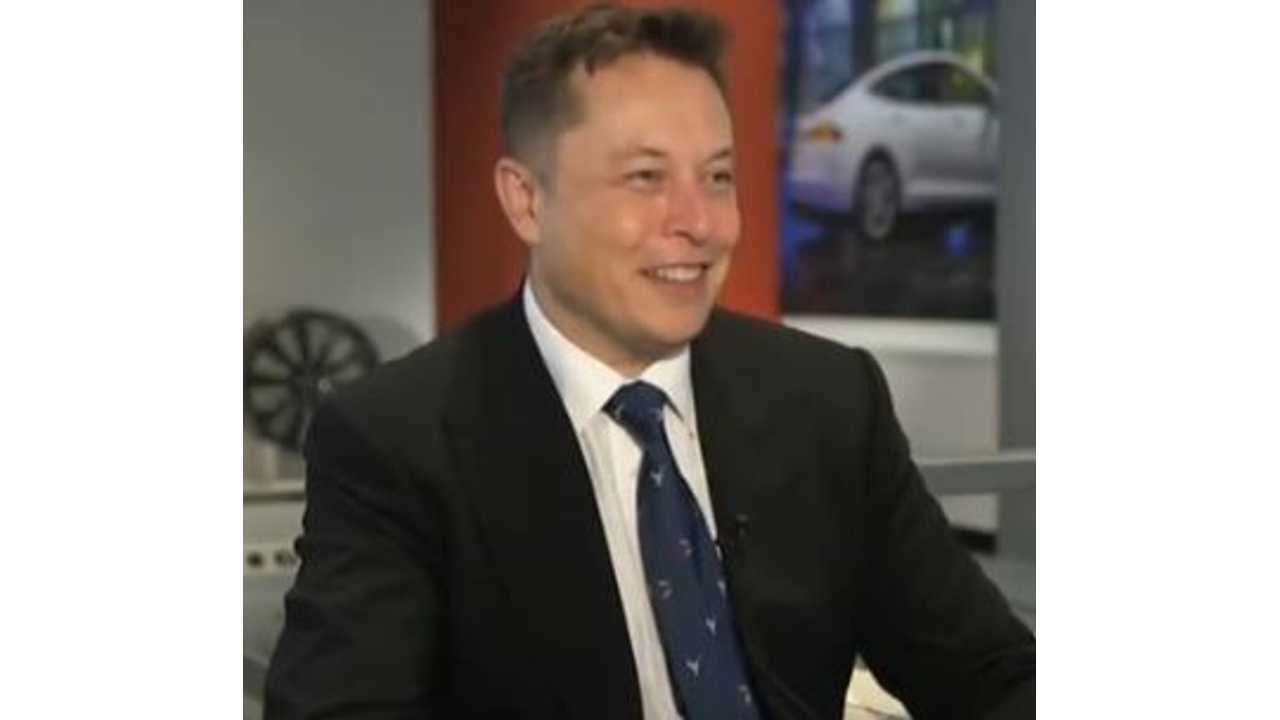 I suspected that this could be misinterpreted as Tesla believing that there was a shortage of sports cars for rich people, so I described the three step “master plan” for getting to compelling and affordable electric vehicles in my first blog piece about our company. This was unfortunately almost entirely ignored.

In order to get to that end goal, big leaps in technology are required, which naturally invites a high level of scrutiny. That is fair, as new technology should be held to a higher standard than what has come before. However, there should also be some reasonable limit to how high such a standard should be, and we believe that this has been vastly exceeded in recent media coverage.

How Does the Tesla Model S Fire Risk Compare to Gasoline Cars?

Since the Model S went into production last year, there have been more than a quarter million gasoline car fires in the United States alone, resulting in over 400 deaths and approximately 1,200 serious injuries (extrapolating 2012 NFPA data). However, the three Model S fires, which only occurred after very high-speed collisions and caused no serious injuries or deaths, received more national headlines than all 250,000+ gasoline fires combined. The media coverage of Model S fires vs. gasoline car fires is disproportionate by several orders of magnitude, despite the latter actually being far more deadly.

Reading the headlines, it is therefore easy to assume that the Tesla Model S and perhaps electric cars in general have a greater propensity to catch fire than gasoline cars when nothing could be further from the truth.

Journalists with a deep knowledge of the car industry, such as the news editor of Automotive News, understand and attempt to rebut this notion, but they have been drowned out by an onslaught of popular and financial media seeking to make a sensation out of something that a simple Google search would reveal to be false. I would also like to express appreciation for the investigative journalists who took the time to research and write an accurate article.

The degree to which this is outrageous is described well in the above-mentioned Automotive News article. There are now substantially more than the 19,000 Model S vehicles on the road that were reported in our Q3 shareholder letter for an average of one fire per at least 6,333 cars, compared to the rate for gasoline vehicles of one fire per 1,350 cars. By this metric, you are more than four and a half times more likely to experience a fire in a gasoline car than a Model S! Considering the odds in the absolute, you are more likely to be struck by lightning in your lifetime than experience even a non-injurious fire in a Tesla.

Those metrics tell only part of the story. The far more deadly nature of a gasoline car fire deserves to be re-emphasized. Since the Model S went into production mid last year, there have been over 400 deaths and 1,200 serious injuries in the United States alone due to gasoline car fires, compared to zero deaths and zero injuries due to Tesla fires anywhere in the world. 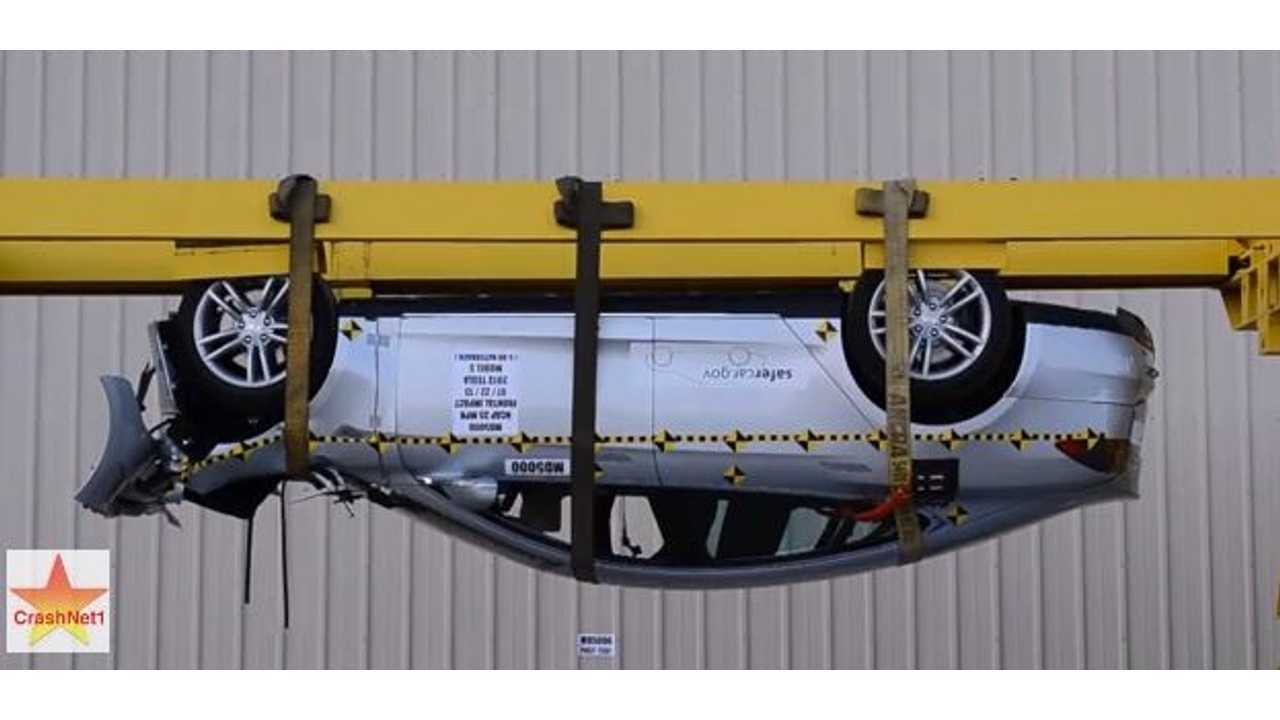 There is a real, physical reason for this: a gasoline tank has 10 times more combustion energy than our battery pack. Moreover, the Model S battery pack also has internal firewalls between the 16 modules and a firewall between the battery pack and passenger compartment. This effectively limits the fire energy to a few percent that of a gasoline car and is the reason why Dr. Shibayama was able to retrieve his pens and papers from the glove compartment completely untouched after the recent fire (caused by a high speed impact with a tow hitch). It is also why arsonists tend to favor gasoline. Trying to set the side of a building on fire with a battery pack is far less effective.

What About Safety Overall?

Our primary concern is not for the safety of the vehicle, which can easily be replaced, but for the safety of our customers and the families they entrust to our cars. Based on the Model S track record so far, you have a zero percent chance of being hurt in an accident resulting in a battery fire, but what about other types of accidents? Despite multiple high-speed accidents, there have been no deaths or serious injuries in a Model S of any kind ever. Of course, at some point, the law of large numbers dictates that this, too, will change, but the record is long enough already for us to be extremely proud of this achievement. This is why the Model S achieved the lowest probability of injury of any car ever tested by the US government. The probability of injury is the most accurate statistical figure of merit, showing clearly that the Model S is safer in an accident than any other vehicle without exception. It is literally impossible for another car to have a better safety track record, as it would have to possess mystical powers of healing.

While we believe the evidence is clear that there is no safer car on the road than the Model S, we are taking three specific actions. 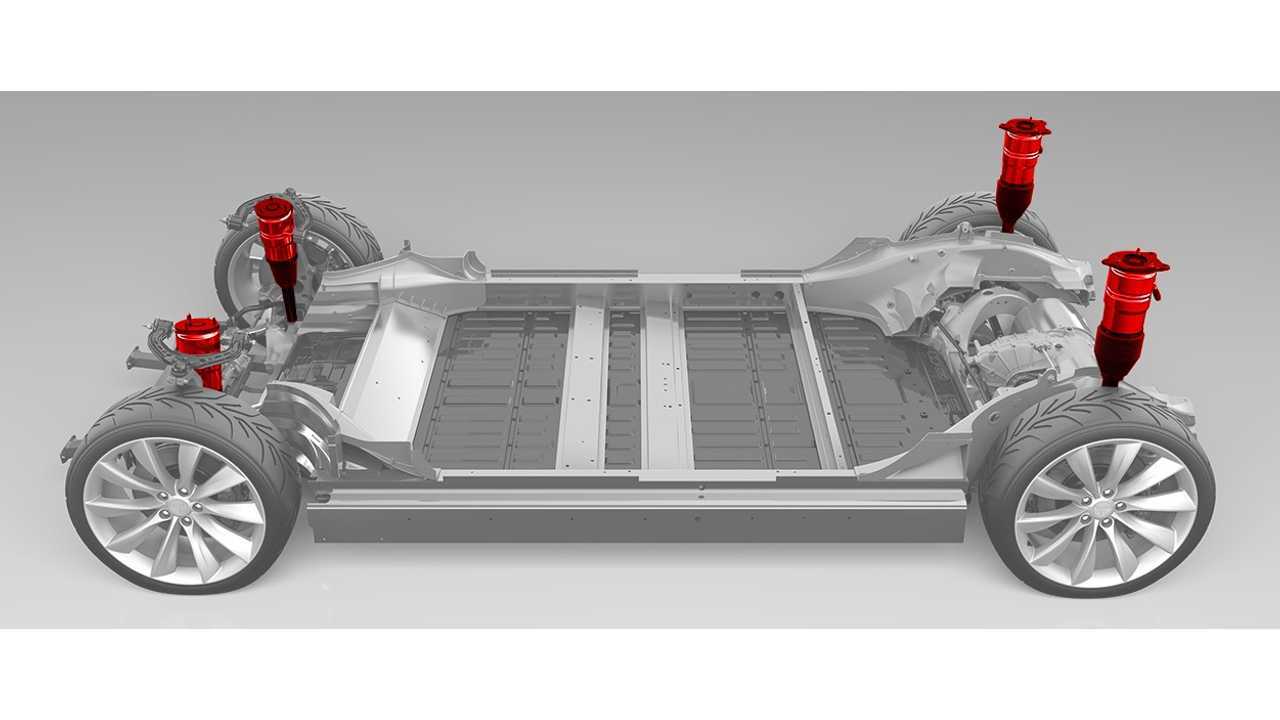 First, we have rolled out an over-the-air update to the air suspension that will result in greater ground clearance at highway speeds. To be clear, this is about reducing the chances of underbody impact damage, not improving safety. The theoretical probability of a fire injury is already vanishingly small and the actual number to date is zero. Another software update expected in January will give the driver direct control of the air suspension ride height transitions.

Second, we have requested that the National Highway Traffic Safety Administration conduct a full investigation as soon as possible into the fire incidents. While we think it is highly unlikely, if something is discovered that would result in a material improvement in occupant fire safety, we will immediately apply that change to new cars and offer it as a free retrofit to all existing cars. Given that the incidence of fires in the Model S is far lower than combustion cars and that there have been no resulting injuries, this did not at first seem like a good use of NHTSA’s time compared to the hundreds of gasoline fire deaths per year that warrant their attention. However, there is a larger issue at stake: if a false perception about the safety of electric cars is allowed to linger, it will delay the advent of sustainable transport and increase the risk of global climate change, with potentially disastrous consequences worldwide. That cannot be allowed to happen.

Third, to reinforce how strongly we feel about the low risk of fire in our cars, we will be amending our warranty policy to cover damage due to a fire, even if due to driver error. Unless a Model S owner actively tries to destroy the car, they are covered. Our goal here is to eliminate any concern about the cost of such an event and ensure that over time the Model S has the lowest insurance cost of any car at our price point. Either our belief in the safety of our car is correct and this is a minor cost or we are wrong, in which case the right thing is for Tesla to bear the cost rather than the car buyer.

All of these actions are taken in order to make clear the confidence we have in our product and to eliminate any misperceptions regarding the integrity of our technology and the safety of our cars.