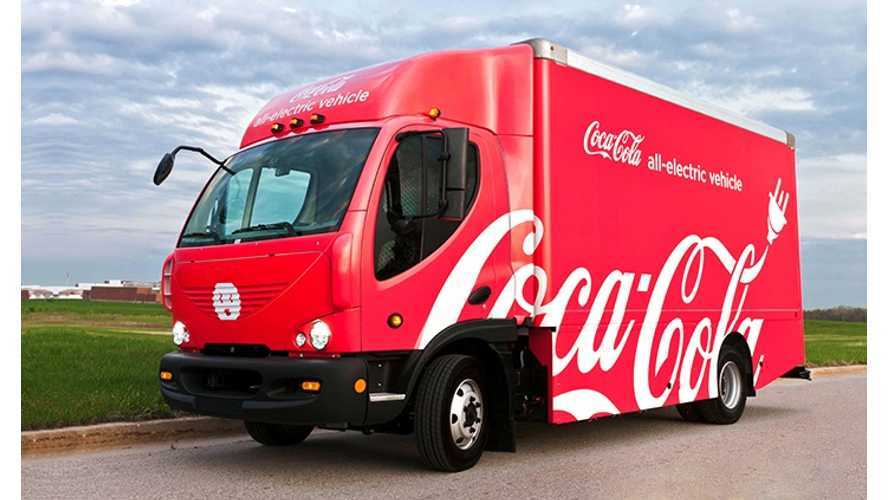 According to the press release, Smith Electric Vehicles plans to produce and sell 20,000 electric trucks in China and Taiwan:

"Sinopoly Battery Limited (“Sinopoly” or the “Company”, stock code: 00729), a Lithium-ion battery manufacturer, is pleased to announce that the Group has entered into a letter of intent with Smith Electric Vehicles (“SEV”), an internationally renowned electric vehicle (“EV”) supplier. SEV has planned to produce 15,000 and 5,000 EVs in the mainland China and Taiwan respectively. It has also planned to procure the Company’s batteries for the power system of the aforementioned 20,000 EVs. An income of over US$100 million is expected to be generated to Sinopoly once the orders of the 20,000 EVs were fulfilled. The initial Technical Due Diligence and testing of Sinopoly’s products were completed by SEV. SEV is very satisfied with the performance of the Company’s products."

Sinopoly would like to be the battery supplier to all these vehicles and collect US$100 million income as well, especially since Sinipoly has been reporting losses for several years now.

It is hard to say what's the chance of starting production and sales in China on such a high level. Again, the press release praises Smith Electric Vehicles as a company with facilities to produce 2 x 1,500 units annually (in U.S. and U.K.), but we know that current production is far from this level and cumulative production of electric trucks after several years is at 700-units (as of June 2013).

"SEV is one of the largest suppliers of commercial EVs in the world. It is based in Kansas City, Missouri, U.S., with an area of its plant covering 80,000 square feet. Its annual productivity reaches 1,500 EVs. Moreover, SEV established a production base with an area covering 250,000 square feet in Tanfield, U.K. The annual productivity of the plant is approximately 1,500 EVs. The customers of SEV include FedEx, DHL, Coca-Cola, Pepsi – Frito Lay, Starbucks and Staples."

“We are pleased to cooperate with SEV, which is an internationally renowned supplier of EV, the cooperation programme is a proof of a global recognition to the quality of the Sinopoly’s products,”

"Mr. Miao indicated that the electric vehicle market becomes more mature. As a manufacturer of Lithium-ion batteries for EVs, Sinopoly will be closely monitoring the demand and the development trend of the market, and aggressively develop a strategic cooperation with the global partners, in order to deliver sustainable growth to the business of Sinopoly and maximize the return to our shareholders."