Could This Patent Be What Tesla Will Use for the Model E? 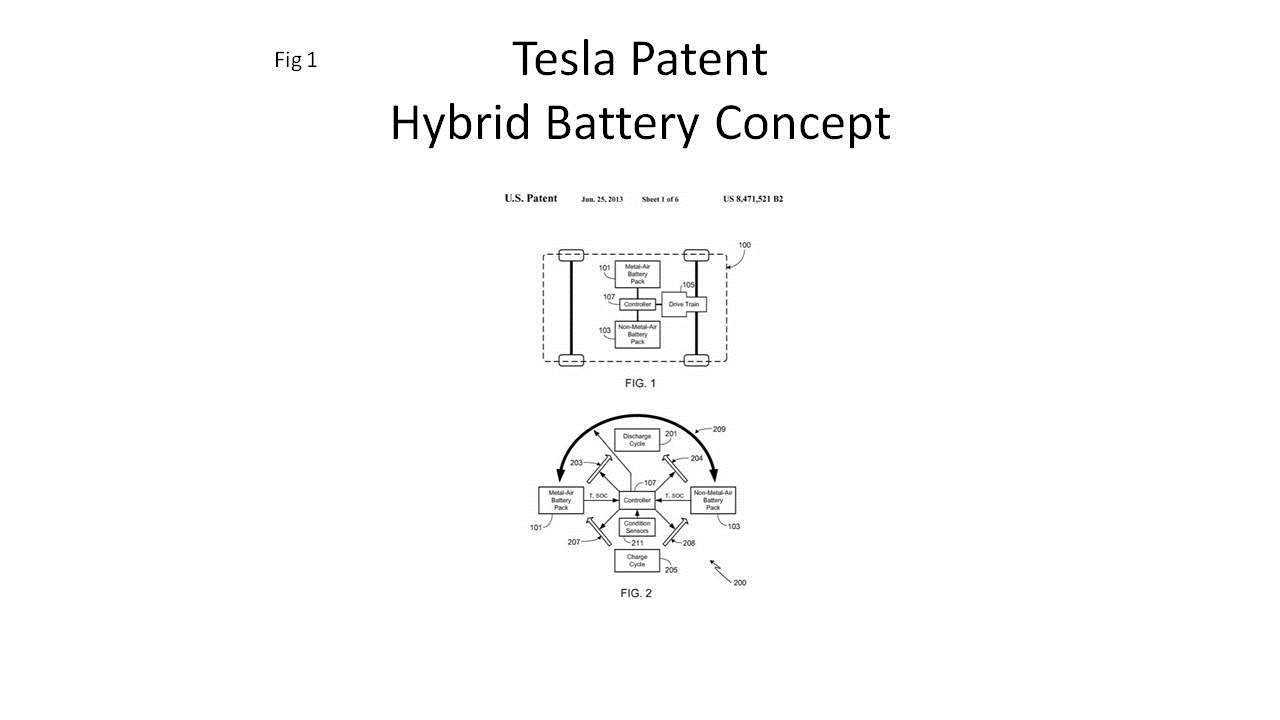 The E stands for economical. The Tesla Model E (like the Model T Ford) is supposed to be an EV paving the way for mass adoption. The Model E will be an EV priced in the $30,000’s with a 200 mile range.

In order to make this happen, Tesla needs a battery that is even lower cost than the one they have now. How can they do this?

To get a feeling for how battery cycles work please refer to figure 2.

Is Tesla Considering This Patent for the Model E?

In 100,000 miles, at 300 miles per charge, the battery would be discharged 333 times. Since the DOD is 90% this is equivalent to 300 cycles easily beating the 500 cycles of life. Just for reference, the same numbers are shown for the Volts battery. Since the Volt only gets 38 miles per charge, in order to go 100,000 miles the battery must have a cycle life of 1710 cycles…..considerably more cycles than the Tesla.

In order to get around the problem of low cycle life, Tesla increased the size of the battery until they got the desired cycle life.

What if we take this theory one step further?

Tesla's patent is nothing more than a hybrid battery (why didn’t Toyota think of that). A battery chemistry similar to our Volt could be used for everyday driving (usually less than 40 miles) and would be charged on a daily basis. Due to the statistical nature of peoples driving habits, the range extender battery is seldom used and therefore can be a chemistry with very low cycle life. The range extender battery doesn’t necessarily have to be metal air. It could be any chemistry with high energy density, low cycle life and low cost.

You can see that Tesla's patent is just an extension of the philosophy they are using now.

I will leave it up to the readers here:

Does this concept have merit? Could this patent be what Tesla has up their sleeve for the much ballyhooed 200 mile range $35,000 Tesla EV?