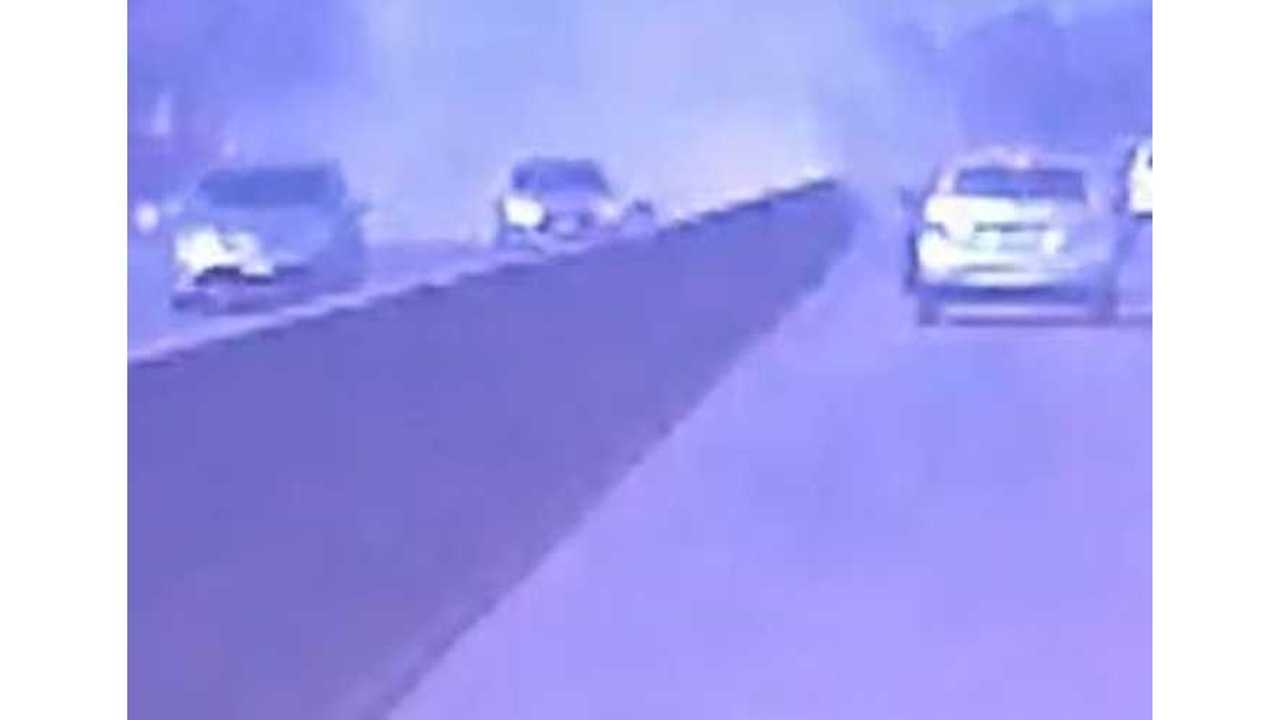 On October 18, a big rig rolled over on the Northbound side of U.S. Route 101 in Redwood City, California.

The traffic alert rang out:

ALERT: Heavy backup on Hwy. 101 at Woodside Rd. in Redwood City due to overturned big-rig.

A dash cam caught the carnage and out of the mess appears a Tesla Model S (oncoming Southbound lane - second vehicle to emerge through the cloud of smoke/debris).

The driver appears to react to an object in the road, but it was too late.  As the video shows, the Model S impacted an unknown object and went slightly airborne.  The skilled driver somehow managed to keep the Model S under control though.

There were no reports of a fire associated with this wreck, though its obvious that something struck the undercarriage of the Model S.

This video certainly doesn't prove anything, but it does convince us that, despite what some media outlets try to wrongfully say, not every Model S accident results in flames.