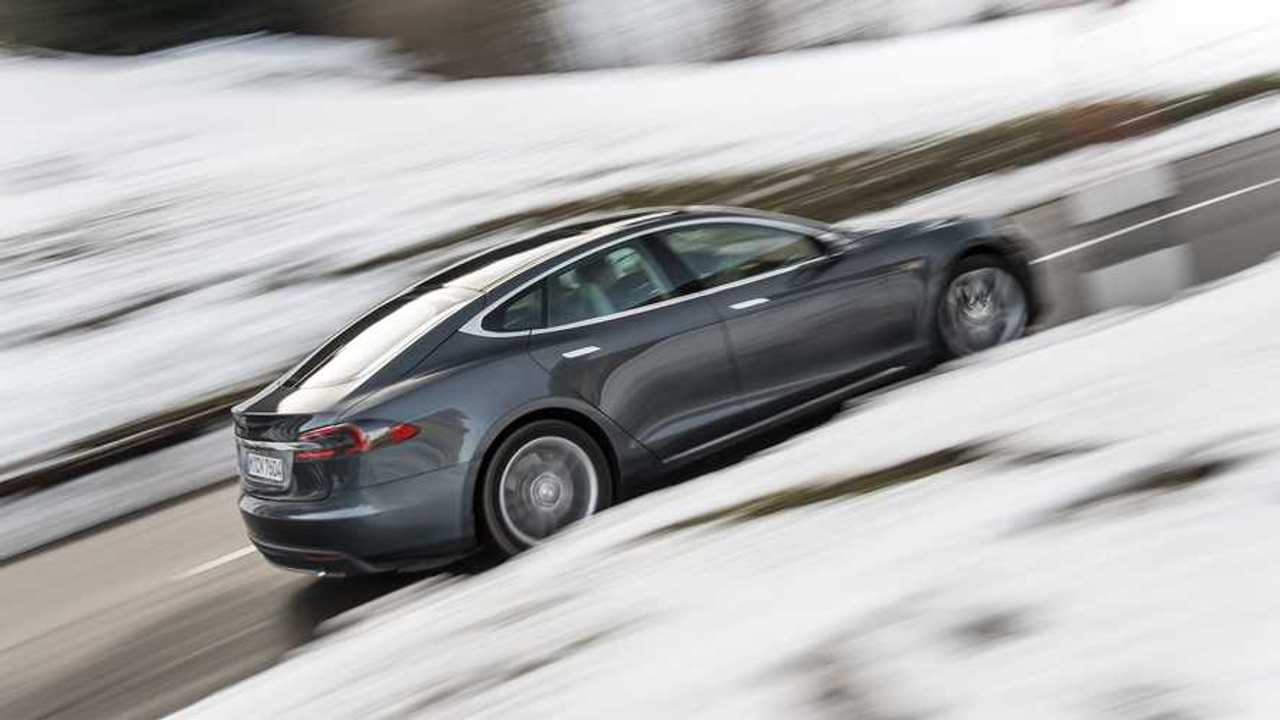 A Tesla Model S Does A Little Supercharging Between Making Headlines

"The automotive industry was in tatters yesterday with the news that a Tesla Model S had gotten a flat tire."

So begins the faux-news article at Autoblopnik - which is a website in the same vein as news satire site The Onion, but focusing solely on automobiles.

We thought given Tesla's wild market cap fluctuations over a recent single accident/collision that resulted in a fire occurring inside the Model S, that perhaps it was time to take things a little less seriously and focus on something more light-hearted.

“At this time, I can only confirm that a Tesla Model S suffered a massive pressure loss in the semi-structural air cavity of the front-left wheel and tire assembly,” said Tesla spokesman Liz Expendable-Smith. “I’m sure our CEO will have more to say on this matter after his nap and circle time.”

...Industry analyst Paul Steisenbergenstienystadt, appearing on CBC’s morning news show Asscrack of Dawn, said, “This is obviously a major setback for Tesla. People think the Model S is a futuristic form of transportation simply because it can do everything an ordinary car can do without consuming any oil. This devastating incident proves that the Tesla is not immune to the perils of ordinary cars. Clearly, these so-called ‘electric cars’ are not ready for prime time.”

Tesla stock prices dropped another two points in the wake of Steisenbergenstienystadt’s comments, then rose by half a point when it was realized that he did the entire segment with his fly open.

So in the spirit of the article, we encourage everyone to just take a deep breath over the media frenzy that seems to surround everything Tesla does, or does not do, and just relax.

And of course, check out the entire satirical article in all its glory at Autoblopnik (which incidentally is a great name)