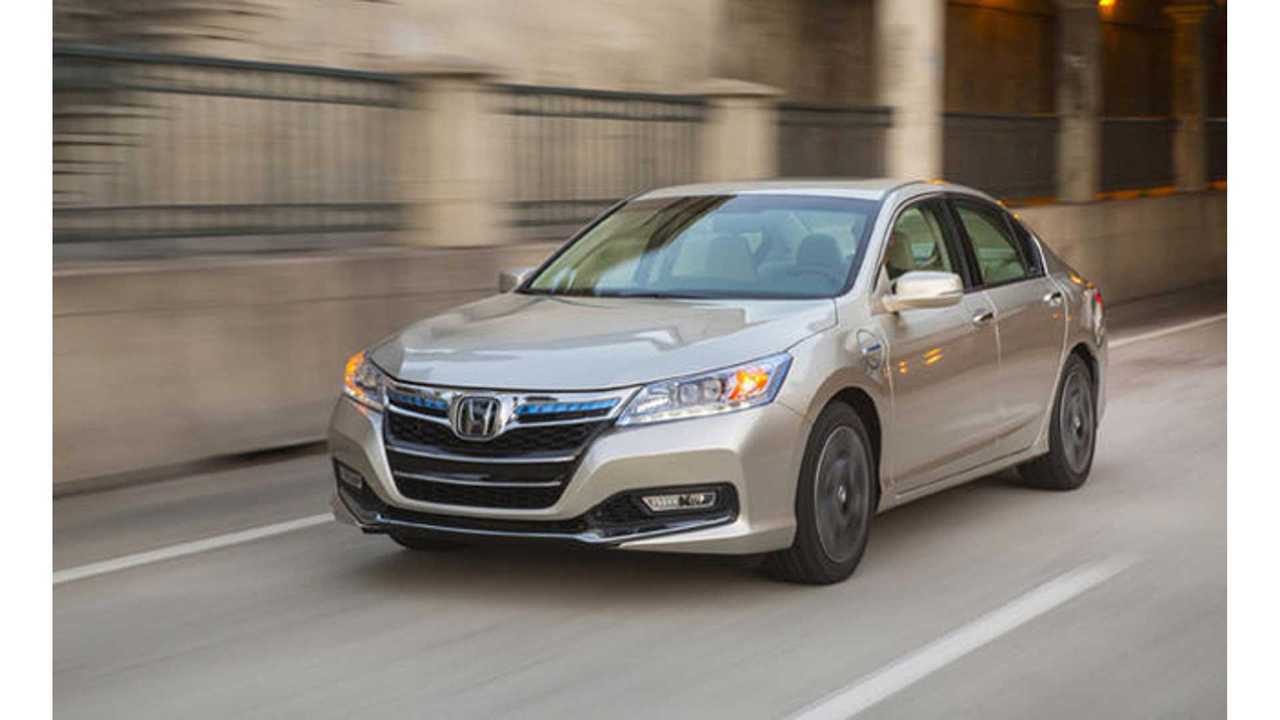 KBB Results for Honda Accord PHEV

Exterior styling cues like an additional outlet door above the front-left wheel and 17-inch alloy wheels with aerodynamic inserts help distinguish the Accord Plug-in Hybrid from the rest of its gasoline brethren. A larger front grille and Honda badge also separate the Accord Plug-in Hybrid from the rest of the herd. It takes anywhere from two to two and a half hours to recharge the battery when plugged in to a 120-volt outlet but you can get that time down to an hour or 90 minutes when drawing power from a 240-volt outlet.

The 2014 Honda Accord Plug-in Hybrid sits at the top of the segment in terms of fuel economy with a combined rating of 115 MPGe for those first 13 all-electric miles. These figures combined with the usual features found on the gas-powered Honda Accord earn the Plug-in Hybrid the title of best resale value in the electric vehicle category for 2014.

Through the end of October, only 420 units of the Accord PHEV had been sold in the US.  The problem with the Accord PHEV is its astronomical price tag of $39,780.  Add in that Honda has little to no interest in selling the Accord PHEV and we see that, despite it being a solid plug-in hybrid, it's not likely to make a difference in the BIG scheme of EV things.  At least it holds its value well though.