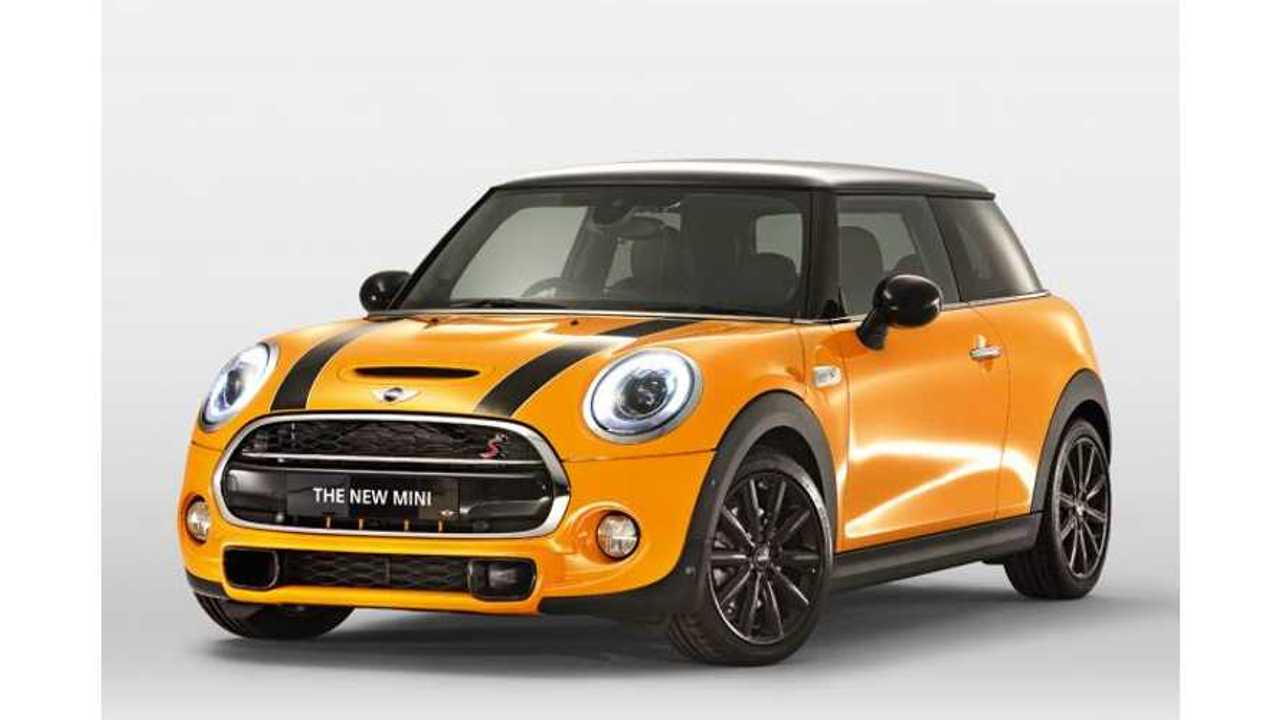 The completely revamped 2015 Mini Cooper has finally been officially revealed.

Since the revealed Mini Cooper doesn't have a plug, we'll keep this brief by sticking to the need-to-know stuff.

The 2015 Mini Cooper will launch in Spring of 2014.  It's slightly more expensive (a few hundred bucks) than the outgoing model and is marginally larger in all dimensions.

The 2015 Mini is the first vehicle to make use of BMW's new front-wheel-drive platform architecture, which will eventually underpin some 10 Mini and BMW vehicles.

It's believed that the plug-in hybrid version will debut sometime in 2015, though a timeline for its launch is not yet set.

There's some speculation that a pure electric version of the Mini Cooper will eventually make it into production, but Mini only says it's still weighing the pros and cons of a BEV.

Electric purists might be put off by Mini's choice to go the plug-in hybrid route over pure electric, but Mini's decision is likely mostly influenced by the BMW i3.  If there were to be a BEV version of the Mini Cooper, it would most certainly cut into sales of the i3 and that wouldn't be beneficial for BMW-Mini.