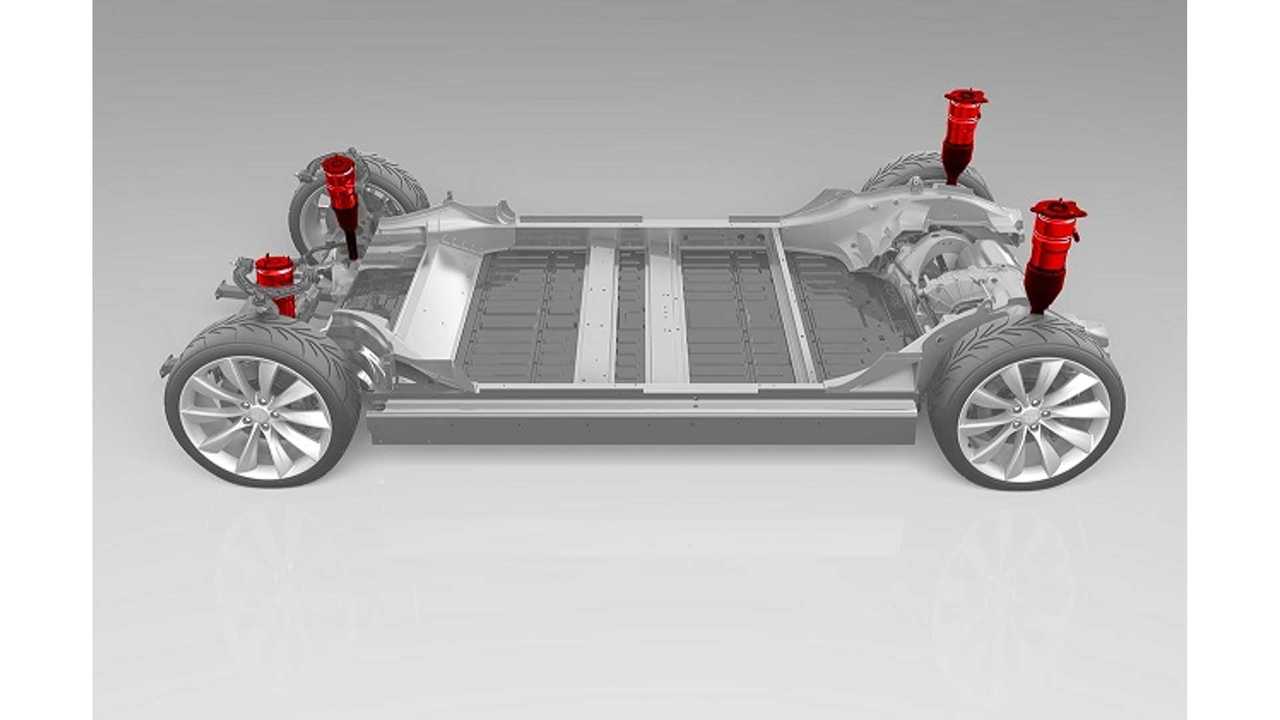 This weekend Tesla Model S owners are receiving notifications to update their Model S software from version 5.6 to version 5.8.  As part of that update comes the apparent disabling of any Active Air Suspension equipped vehicles to the LOW setting at highway speeds.  (At extreme speeds the car is still able to engage this setting)

Separately, there is also speculation (and some early evidence provided via owners) that the overall clearance of the car in the LOW setting has also been increased recently.  The consensus seems to be that Tesla has indeed reacted to the public's reaction to Model S safety and that at lease one of these changes were intentional, if not both.

*Update:  It's official.  Tesla CEO Elon Musk put out a blog post (here) on the subject of Model S safety.  Included in that post is an explanation of the air suspension update:

"First, we have rolled out an over-the-air update to the air suspension that will result in greater ground clearance at highway speeds. To be clear, this is about reducing the chances of underbody impact damage, not improving safety."

Some are seeing this update as a Tesla reaction to a couple of recent fires (here and here) that occurred on highways involving road debris with Smart Air Suspension equipped cars.  While others believe it may just be a software bug or coding error that has caused an unintentional effect.

The change means that the car is no longer able to lower the almost 1" extra at highway speed.  It should be noted at this point, there has been no official explanation by Tesla, we do not know if this situation is permanent - or even intentional at this point.

**UPDATE:  Tesla has confirmed Air Suspension cars can no longer mover into LOW at highway speed, but that functionality will return in an expanded from in the future.

"Another software update expected in January will give the driver direct control of the air suspension ride height transitions."

In promoting the smart Active Air Suspension ($2,250 option), Tesla states the benefits of the option:

"As Model S accelerates, it lowers the vehicle for optimized aerodynamics and increased range.

Early response to the upgrade has been mixed.

Some current owners (and shareholders) are seeing this as a appropriate response to the recent incidents, and to the NHSTA who is currently deciding whether or not to investigate the Tesla Model S for undercarriage safety.

***Update:  The NHSTA has opened an investigation into recent fire events with the Model S (details here)

On the other side of the coin, some owners with the Air Suspension package are seeing red, feeling one of the features they paid extra for has been taken away.

Many owners are reporting the Model S has a different feel on the highway and does not handle as it did before, while also being concerned by how much this change could affect the range they are used to.

For more reaction and to participate in the ongoing discussion, we encourage you to also check out a very active thread on the topic at the Tesla Motors Club here.