By End Of March, Nissan Will Add 700 More Quick Chargers in Japan 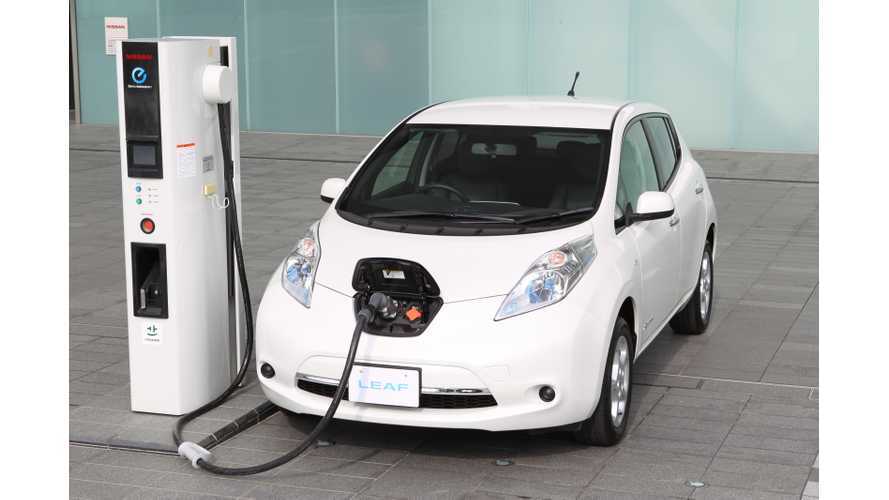 Japan needs to improve the quick charging infrastructure because....um...we'd rather not see any of the island appear when we view the quick-charge map

When announcing that over 30,000 LEAFs had been sold in Japan, Nissan slipped in that it'll be using government subsidies during the second half of fiscal year 2013 to install 700 dc quick chargers at is dealerships in Japan.

As we know, the number of such quick chargers (CHAdeMO) in Japan is  1,900 - out of over 3,000 globally.  Actually, Japan absolutely dominates the world in the quick charger area.

From this 1,900, already 800 or so are at Nissan dealerships, so after adding 700 more, Nissan should have over 50% of all the DC quick chargers installed in Japan (depending on the timing of other projects). Moreover, thanks to this new initiative, CHAdeMO Association should be able to meet its 4,000-unit goal by around the end of 2014.

"Nissan has accelerated efforts to improve the EV battery charging infrastructure throughout Japan. By the end of September 2013, a total of approximately 1,900*1 quick chargers had been installed nationwide by various companies and organizations. Among them, about 800 fast chargers have been established in Nissan dealerships, with an additional 700 planned to be added in the second half of this fiscal year. The Japanese government has subsidized this national effort with 100.5 billion yen to further expedite charging infrastructure improvements in Japan."