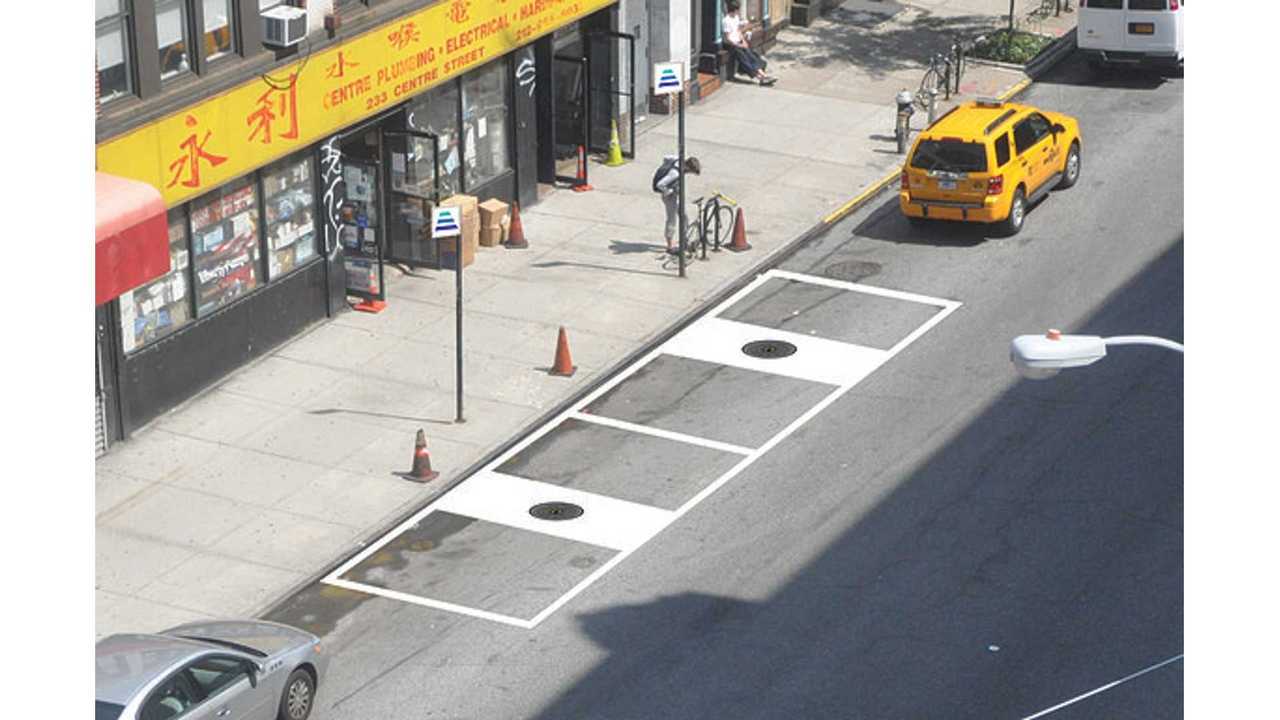 While there currently are no production electric vehicles that can accept a wireless charge right off the dealer lot, there are companies (such as Bosch with Plugless Power) that have made after market equipment to allow cars such as the Nissan LEAF and Chevy Volt to accept a remote charge.

The first production vehicle to come equipped with wireless inductive charging will likely be from Infiniti, in the form of the oft-delayed LE all-electric premium luxury sedan in 2016, followed as an option on the 2nd generation LEAF in 2017.

Now, recent start-up HEVO Power - which stands for Hybrid & Electric Vehicle Optimization, says the future will be wireless charging, and they have there own take on what public inductive charging will look like - manhole covers.

“Drivers forget to plug in all the time. Drivers will also back into kiosks damaging the units. There’s vandalism and theft of the units themselves. And sometimes there’s faulty connectors, and these can damage vehicles, with average repair costs of $14,000,” says HEVO Power co-founder Steven Monks.

HEVO’s electromagnetic resonance technology lets plug-in vehicles pull up over the manholes, which cover the charging stations, and fill up.  As for the efficiency of the units?  Not a problem according to Jeremy McCool, HEVO Power’s co-founder and CEO:

While we think the concept is a great example of "thinking out of the box" for a new public charging station solution, it probably is also a good 5 to 10 years ahead of its time.

Until then, HEVO will continue to focus on commercial electric fleets in New York City.  Currently there are about 100 medium duty cube trucks in use in the city and growing constantly as more business realize the advantages of plugging in...wirelessly or not.