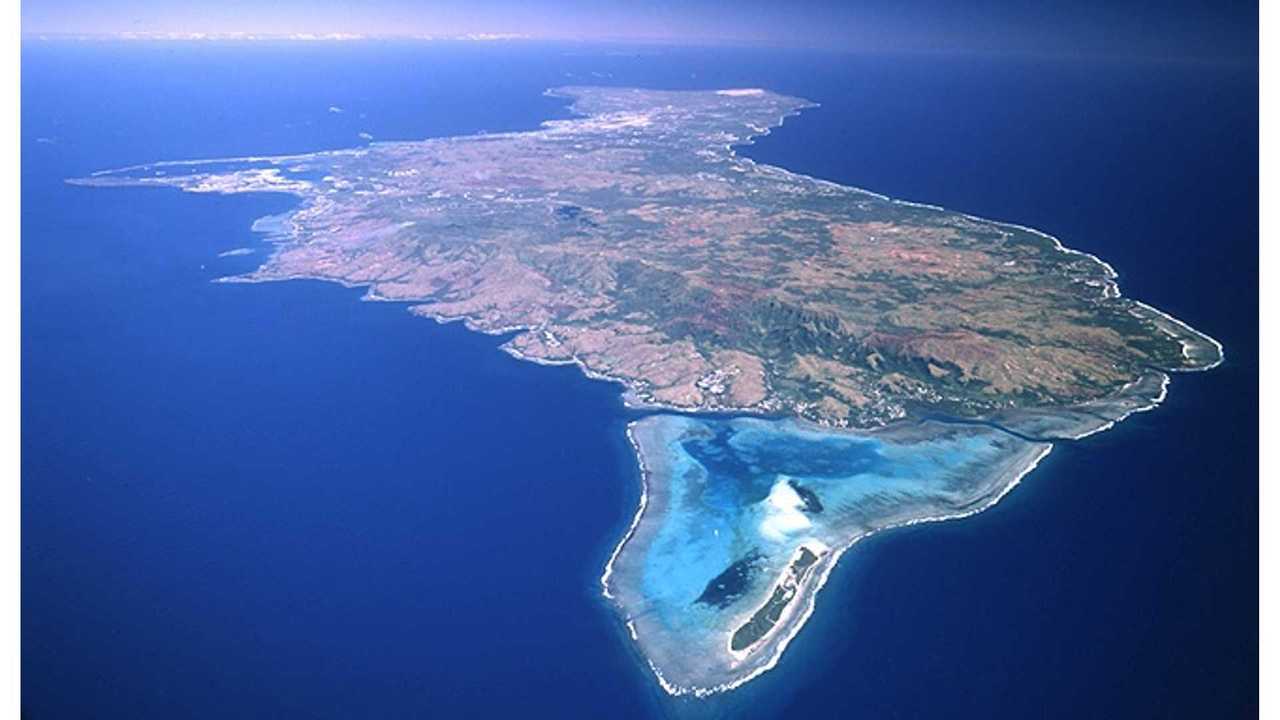 Guam, an organized, incorporated territory of the US, wants to follow the mainland's lead by providing a $7,500 incentive of the purchase of plug-in vehicles.

In Guam's case, it would be a point-of-sale rebate (hooray!!!) and not a federal tax credit.

Right now, Guam is considering a bill (#203) put forth by Senator Chris Duenas.

The bill calls for Guam's Energy Office to set aside $375,000 annually into a general fund that will be then used to provide the point-of-sale rebates.

If passed, the rebate will become real starting in Fiscal Year 2015.

Word of Guam's plug-in vehicle rebate bill hit our desk by press release, believe it or not.

Yes, apparently Guam wants us to spread its EV word.

Hagatna, Guam.  Senator Chris Duenas introduced a bill today that will provide an additional $7,500 cash rebate for any person or business that purchases an electric vehicle. The rebate is designed to stimulate the purchase of electric vehicles (EVs) on Guam.

“Guam is ideal for electric vehicles, our gas rates are much higher and our driving ranges are much shorter than the U.S. mainland.  When it comes to electric vehicles, this is a space in sustainability where Guam can set the example and lead globally,” Duenas said. The bill was the product of working with key advisors on how to address the rising cost of living on Guam.

According to the Guam Power Authority, the cost to “fill up” an electric vehicle is about $2.50 per gallon, as opposed to $4.73 per gallon of unleaded gas.

Duenas said, “The more our people save at the pump, the more disposable income they have to spend on their families at local stores and restaurants. Ultimately, more money circulates on island rather than the millions of dollars that go off island each year in oil to Singapore. A family that spends $400 a month on gas, will save about half of this if they switch to an electric vehicle. This is $200 more a month for additional food, clothes, and entertainment.”

“The bill puts more money in the pockets of our working families, stimulates the economy, and allows us to fast track technology and sustainability on island,” Duenas said. “An island transformation toward electric vehicles will also increase GPA revenues, as they become the gas station of the future.”

“Guam often follows the trend of other states and jurisdictions, it’s time we start setting the pace and leading.”