Audi in Formula E? Nah, But ABT Sportsline Will Use Audi Sport Banner 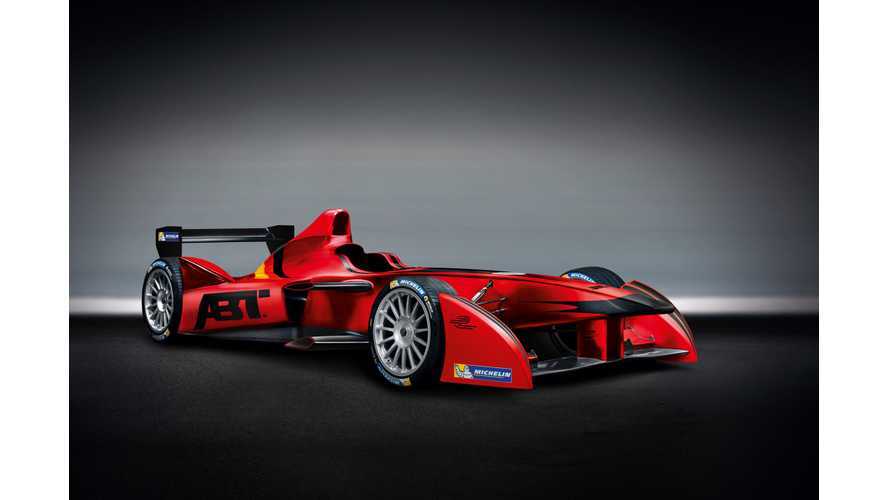 ABT Sportsline, a motorsport and auto tuning company, is the latest entry in FIA Formula E Championship.

The seventh team to sign on and the first from Germany will compete under the banner Audi Sport - ‘Audi Sport ABT Formula E Team’.

The remaining question is will Audi develop its own electric racer after the initial season when the set of 20 identical racers ends?

“We’re proud to have the opportunity to take part in the debut of this new racing series. Participating in the new FIA Formula E Championship marks a completely new chapter in our more than 60-year motorsport history. As a company that has been active in the field of regenerative powertrains and electric mobility we’re convinced of the series’ concept. It’s innovative, delivers motorsport at the highest level and a great show for fans around the world – all of which are a perfect fit for ABT Sportsline.”

“We’ve been watching this new project of the FIA with great interest and are delighted that ABT Sportsline as one of our close and long-standing partners will be involved right from the beginning. We’re keeping our fingers crossed for the squad on tackling this new challenge and are planning to support its commitment with drivers from our factory line-up if required.”