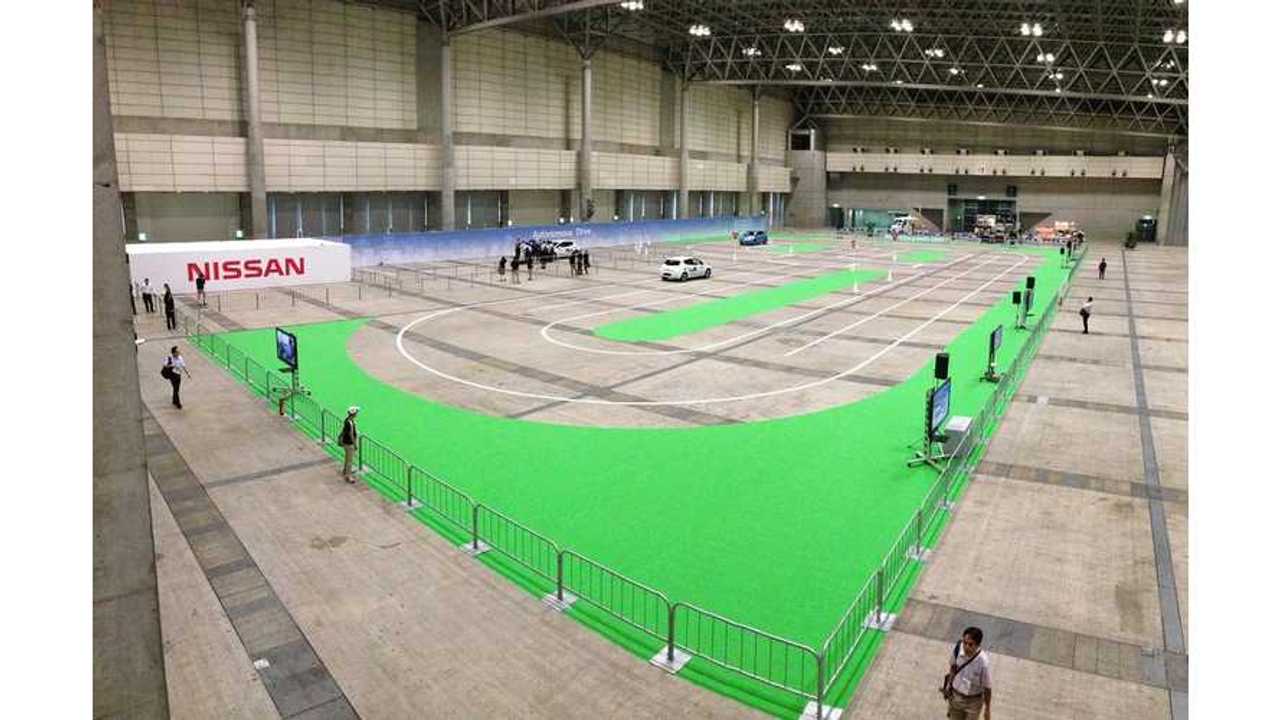 These days, Nissan is working hard to turn our attention to autonomous driving technology and using an electric drive vehicle to showcase that tech grabs the media's attention even more.

Autonomous driving is an interesting solution and at the CEATEC Japan 2013 show, Nissan's Autonomous Drive technology won the Grand Prix in the CEATEC Innovation Awards.

The top prize was awarded by a panel of independent US journalists, working in the fields of IT and consumer electronics, that stated:

"The award honors the best among the technologies, products and services exhibited at CEATEC JAPAN 2013. The jury of journalists assesses the exhibits at CEATEC in a number of categories to determine the best by focusing on their potential impact on the U.S. market, meeting new consumer needs, functionality, innovation and if the technology, product or service exhibited offers a unique solution to new needs. It is the first time for Nissan to have won the award and the first time for an automaker to be given this accolade."

The Japanese automaker believes that commercially-viable Autonomous Drive cars will go on sale by 2020. Maybe not only from Nissan, because as we can see in the video below - after Nissan CEO Carslos Ghosn - Toyota CEO Akio Toyoda had a chance to try out the autonomous LEAF.