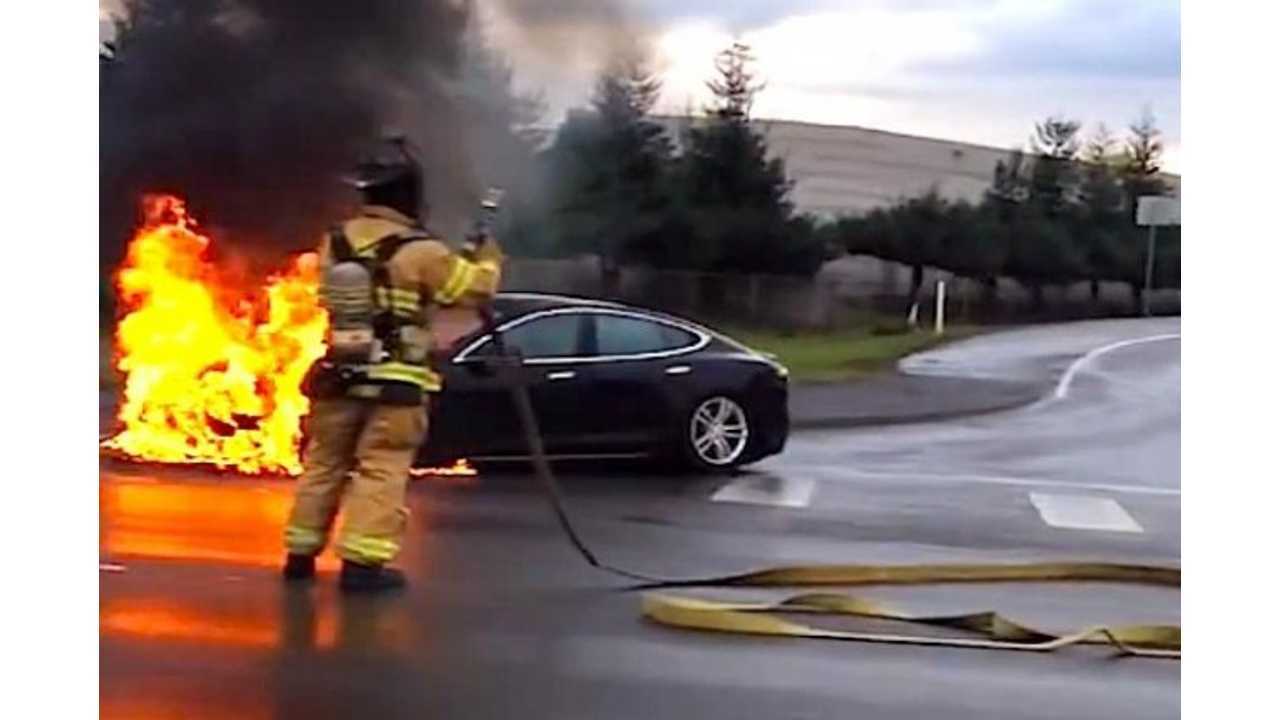 Due to lack of government funding, the NHTSA is closed down.

When it comes back online, should the NHTSA's top priority be to investigate the Tesla Model S fire that occurred after impacting that "curved section that fell off a semi-trailer?"

We say "go for it" if you must, but it's a waste of government time and money.

While some are calling for the NHTSA to investigate based on the fact that the Agency decided to scrutinize the Chevy Volt that ignited (in a delayed fashion) following NHTSA crash tests, this Model S occurrence is way different.

You see, when the Chevy Volt ignited, that was under controlled conditions and occurred after federally mandated crash testing.  The Tesla Model S never ignited after those tests.

Out in the real world, anything can and does happen.

A freak occurrence of some object impaling a battery pack with 25 tons of force will be next-to impossible to duplicate in a lab setting.

Similarly, for this to occur again out in the real world, all of the stars would have to align precisely.  It's 1 in 1 million (just a random, uneducated guess) that a "curved section that fell off a semi-trailer" again impales a Model S' battery pack with 25 tons of force.

The whole reason that the NHTSA conducts standardized tests is to let us know whether or not a vehicle is safe under most conditions.  These tests simply cannot take into account all conditions.

Back when the NHTSA investigated the Chevy Volt, the Agency issued this statement:

Chevy Volt Fire Occurred After This Type of Standardized Test

NHTSA continues to believe that electric vehicles show great promise as a safe and fuel-efficient option for American drivers. However, as the reports released in conjunction with the closure of the investigation today indicate, fires following NHTSA crash tests of the vehicle and its battery components—and the innovative nature of this emerging technology—led the agency to take the unusual step of opening a safety defect investigation in the absence of data from real-world incidents.

One real-world incident does not provide ample data for the NHTSA to make educated decisions and, again, the Model S never had a fire following NHTSA crash tests.

Waste of time and resources for the NHTSA to investigate this one?  We think so, but do you?