Is Cheap Gas Here to Stay? 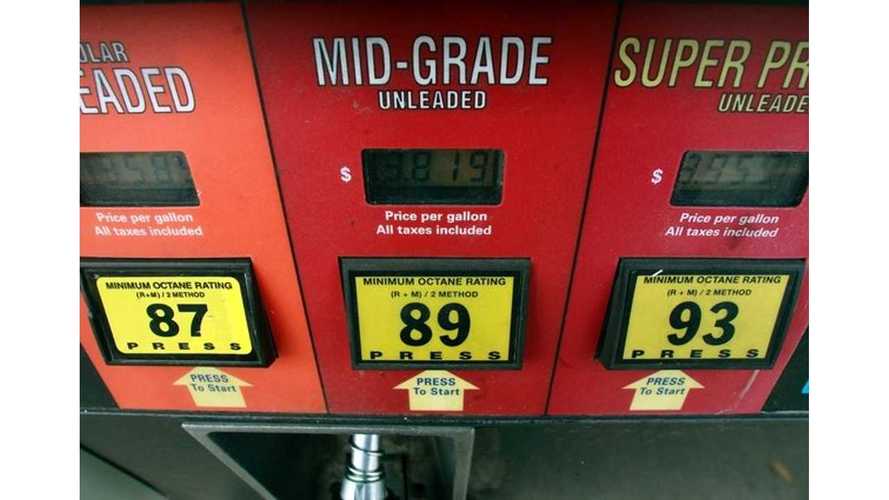 What's with the cheap gas?  Is it from the mild hurricane season?  A reduction in travel?  Perhaps a conspiracy of some sort?  Weren't people warning of peak oil?

All across the United States, the cost of a gallon of gasoline continues to approach the $3.00 per gallon mark.  Ironically, this once psychologically high price is now perceived as the threshold for a low price.  Some states are even below this threshold.  As of this writing, GasBuddy.com reports prices as low as $2.87, with an average price of $3.20.  Some may ask themselves, "Are these prices here to stay?  Are EV's doomed to failure?"

One writer emphatically says "No" to that first question.  In a recent article in the Falls Church News-Press, author Tom Whipple gives some very enlightening perspective on one major contributor to why our current gas prices may be so low: The mix of products from refining oil and an imbalance of demand for those products.  He states:

So, there is the story of our “cheap” gasoline in a nutshell. We are refining some 1.4 million b/d of distillates for export and are ending up with 2.8 million b/d of extra gasoline as a result of which we can only export 380,000. Welcome to lower gasoline prices for as long as this imbalance lasts.

Whether or not this imbalance will persist for the long term, and the effect it will have on EV sales until then, remains to be seen.  In the meantime, those large SUV owners are spending much less on gasoline than they were a year ago.