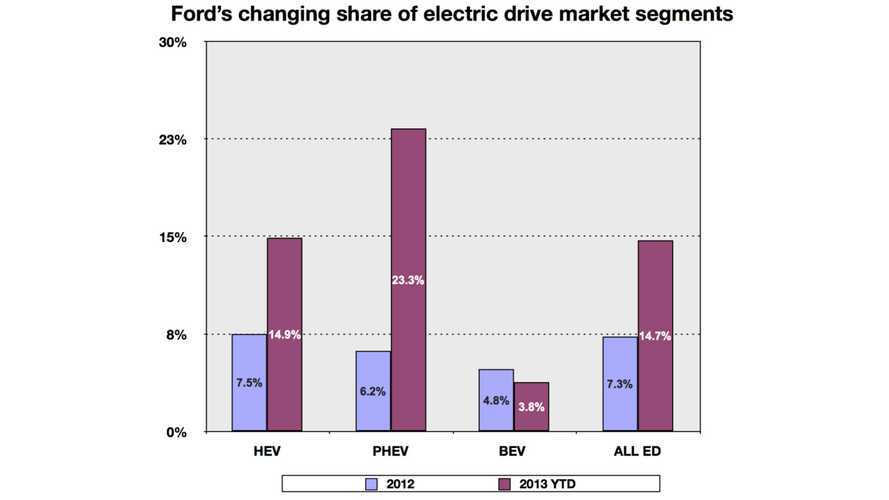 The data is all there, but the claim made is suspect.

Sometimes, automakers will make some wild claims that misdirect the media.  That may or may not be the case here.

"2012 was something of a transition year for Ford with its electric drive vehicles; the venerable Escape Hybrid was phasing out, while only the new Fusion Hybrid and the MKZ Hybrid had a full year of sales. The Focus Electric went on sale in June; the C-MAX hybrid went on sale in September; the C-MAX Energi plug-in hybrid in October; and the Fusion Energi wouldn’t go on sale until February 2013."

Now, it should be obvious what's wrong here.

Few models available in 2012 for the full calendar year...lots in 2013 all year...market share doubles.

Oh boy...that's like saying that Tesla's market share shot from some low % in 2012 to some really high % (we're not going to bother doing the calculations, as the exact value is meaningless in this context) in 2013, even though the Model S (its sole offering) wasn't available for all (only June through December) of 2012.

If we don't stop now, we'll end up somewhere we don't belong.

Moral of the story: numbers are tricky...don't trust data you're given.