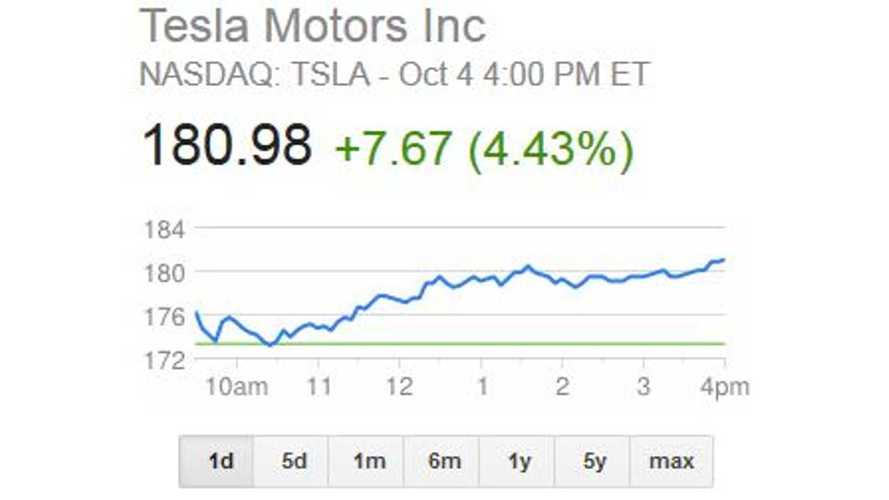 Last week, prior to the Tesla Model S fire, TSLA stock prices were approaching $200 per share for the first time ever.

Following the fiery mess that turned out to actually be a show of how safe the Model S is, TSLA tumbled.

At one point, stocks were down well below $170 per share.

As of closing on Friday, TSLA was back up over $180 and seems to be well on its way to returning to its former $190-plus value.

In fact, TSLA were back at $180-plus prior to Tesla even releasing its official Model S fire statement.

Even the volatile stock market seems to love the can-do-no-wrong Tesla Motors.